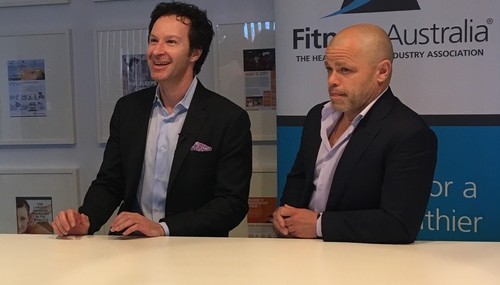 The Fitness Industry Roll of Honour gives national recognition to people who are described as 'game-changers' - those who have made an enduring contribution to make the fitness industry what it is today.

The trio launched Anytime Fitness in Australia in 2008, bringing the successful franchise from the USA and introducing the 24/7 unsupervised fitness centre business model to the country.

“Anytime Fitness has now grown to be the biggest health club chain in Australia.”

"These three inductees in particular are people who've displayed vision and entrepreneurial flair and have successfully used these attributes to create and introduce new concepts and services into the Australian fitness industry, thereby changing the very nature of the fitness industry."

"Fitness Australia takes much pride in acknowledging and celebrating the major milestones in fitness industry history,  especially the contribution of long term growth and prosperity as an important part of Australia's culture."

Justin McDonell was featured as being among the 20 most influential people in Australian leisure management in the January/February 2017 issue of Australasian Leisure Management.