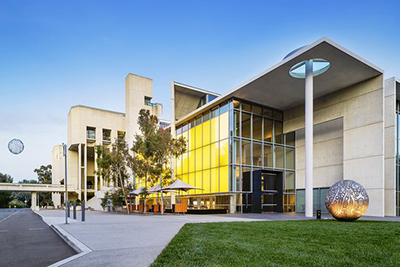 The Federal Government is providing an additional $63.8 million over four years to the National Gallery of Australia (NGA) to build its collection.

The increased funding of $14.4 million per year from 2018/19 is ongoing and will maintain an active acquisition program. The Gallery will also receive a one-off injection of $6.2 million in capital funding for maintenance in 2018/19.

Announced just prior to the Christmas break, Federal Minister for Communications and the Arts Mitch Fifield stated “this funding will ensure the Gallery can continue to develop a world class collection befitting a national institution, with a particular focus on Australian work.

“The National Gallery of Australia's collection is an integral component of our national heritage and belongs to the people of Australia.”

National Gallery of Australia Director Nick Mitzevich said the funding boost was a “great shot in the arm” for the Gallery, and one that he had been working towards since he became Director in July.

Mitzevich stated “obviously it's a great vote of confidence in the vision our new chairman Ryan Stokes and I have put in place, and we're looking to the year ahead.

“Being down at heel or having a broken wheel is not good enough anymore. You have to show need, and you have to be able to demonstrate the impact that you make and how you contribute to the cultural life of Australia, and that's what I'll be focusing on.”

While the Gallery has plans to expand and build a new wing for Australian art in the future, Mitzevich said his priority in the near future was to repair the existing building.

He added “it's very important, it's one of the leading public buildings, not in Canberra but in Australia. It's a masterpiece of the early 1980s, and it's also an important public building.”

The capital works funding will be on top of the $21.5 million announced in the 2018/19 budget to deal with urgent maintenance issues, including leaking roofs in exhibition areas.

The Gallery has more than 160,000 works in its collection, which is an important cultural resource for Australia. Its comprehensive outreach program delivers quality arts experiences to communities across Australia, prioritising regional and remote areas.

For more information go to www.nga.gov.au