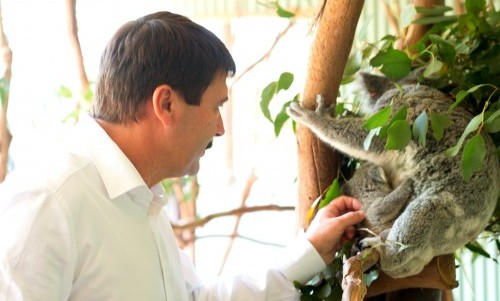 Featherdale Wildlife Park welcomed a very special VIP group visit on Friday 11th November, with the visit of the President of Hungary, Janos Ader; First Lady Anita Herczegh, along with the Hungarian Ambassador to Australia, Dr Attila Gruber and 20 support staff and officials.

The Presidential party were visiting the Western Sydney wildlife attration following a successful visit by Ambassador Gruber earlier in the year. 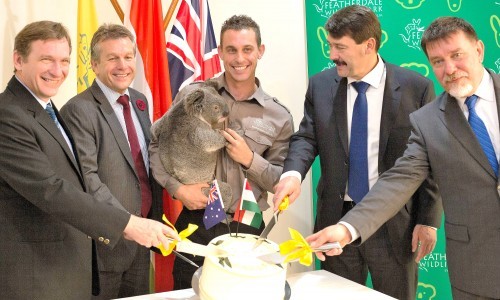 The President and his party were escorted to Featherdale’s new function room ‘Drovers Hut’ where they joined the rest of the attendees in observing Remembrance Day with a moving ceremony.

The presentations were followed by a 90-minute tour of Featherdale, led by Zookeeper Chad Staples, Featherdale's Head of Life Sciences. 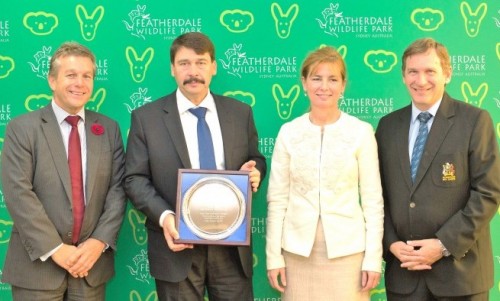 During the tour the President and his party met many of the amazing native animals that live in the park.

The First Lady was particularly smitten by an adorable baby Wombat, and the President was very pleased to meet a baby Koala that was named in his honour.

Janos the Koala was out of his mother’s pouch and the President was happy to see his namesake up close. 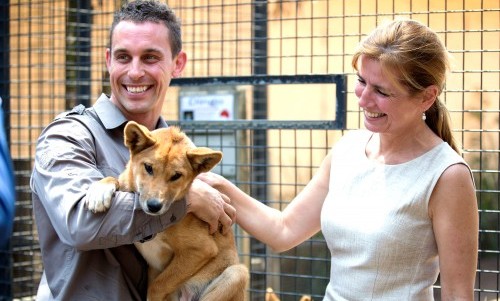 One of the highlights of their tour was the visit to the nursery where the President & First Lady met baby wombats, penguins, and kangaroos.

President Ader is an advocate for the environment and conservation, so was particularly interested in hearing from Staples about the animal conservation programs that Featherdale run.

Featherdale Wildlife Park has the largest exhibit of native Australian animals in the world, while the Budapest Zoo in Hungary has one of the largest Australian displays in Europe.

Featherdale is working with Mayor Bali, in cementing the friendship between Featherdale and the Budapest Zoo. This potential pairing, with the great assistance of Ambassador Dr Gruber, aims to create wonderful opportunities to share information, ideas, staff and perhaps some animal exchanges or loans. 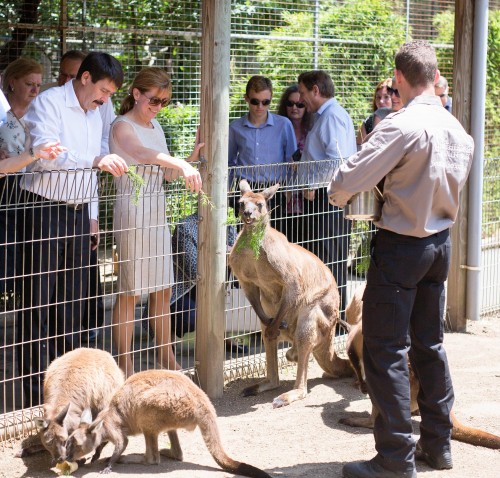 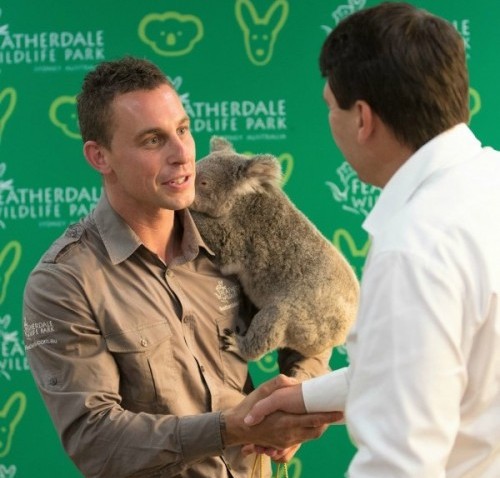