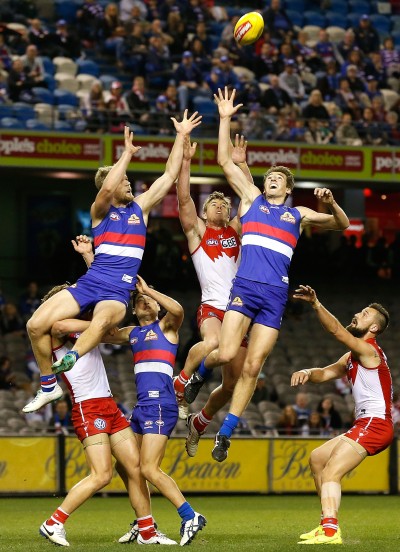 Etihad Stadium has unveiled a series of initiatives aimed at helping its key partner the AFL proceed with its ‘Year of the Fan’ mantra throughout the upcoming 2015 AFL season.

The traditional favourite food of the footy fan, Four ‘n Twenty pies will retail at Etihad Stadium games on a Sunday for just $3 – the cheapest price for a pie at any of Australia’s AFL venues.

Children under the age of 15 will be permitted to all Sunday AFL games free of charge and Etihad Stadium also announced that the traditional ‘kick-to-kick’ at the end of Sunday games will be trialled during April and May fixtures.

In other fan orientated initiatives at Etihad Stadium:

• Regular chips will sell at all AFL matches (Friday, Saturday and Sunday matches) from a starting point of $4

• Childrens’ meal deals will exist at all games – a snack pack of hot chips, a cheese burger and a 350ml Mount Franklin will retail for $8. Each pack will contain a small gift

• The venue will install a total of 10 water fountains, providing chilled, continuous water, across all three  levels of the stadium, enabling water to be accessed free of charge at any time throughout a game

For the entire 2015 Toyota AFL Premiership season, it has also been determined that commercially and domestically prepared food and drinks (other than alcohol and glass ware) will be permitted into the venue.

Further, Etihad Stadium will continue its commitment to healthier foods. The venue was the first of the Australian AFL venues to open a Healthier Food retail outlet and now two stores exist at Level 1 and 3 of the stadium.

Sergeant explained “we concur with the AFL’s Chief Executive Officer, Gill McLachlan that 2015 is the year of the fan and we have involved all our catering stakeholders in an endeavour to produce positive results. 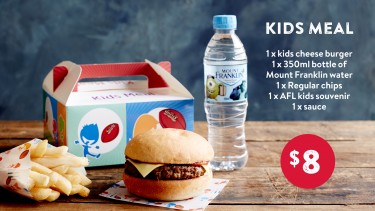 “It does need to be understood that Etihad Stadium is a private and commercially run business.

“We have big overheads including significant energy costs and loan repayments – we need revenue to meet these costs but following several months of positive discussions with Gill and the AFL, we have agreed to these initiatives.”

Gillion McLachlan welcomed the announcement saying it was an acknowledgment that the code and venues, including the MCG, had listened to the fans and had responded to their concerns.

In conjunction with the AFL, Etihad Stadium has also announced that the traditional ‘kick to kick’ will be trialled after Sunday fixtures in April and May.

After the round 1 Easter Sunday match between St Kilda and the Greater Western Sydney Ginats, fans will have a chance to emulate their heroes shortly after the game - they’ll be permitted on to the arena for an opportunity to kick the footy with their mates. Up until a decade or so ago, the emergence of thousands of fans on the arena was almost a ritual after most games.

Sergeant said that the venue’s Operations and Arena Management teams needed to seriously consider the long term implications for the venue’s playing surface but, after considerable discussion, were willing in the interests of ‘fan engagement’ to see how ‘kick to kick’ played out during the first two months of the season.

Sergeant said the initiative was a great bonus for supporters and was further incentive to attend Sunday games at Etihad Stadium.