Game changing technology a win for fans at Etihad Stadium 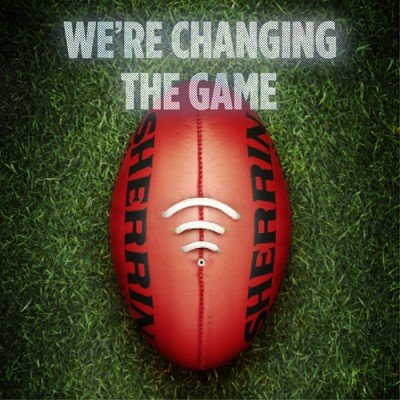 A multi-million dollar investment at Etihad Stadium will make the venue the most technologically advanced and connected stadium in Australia.

From Round 1 of the AFL season, which kicks off in just over a week, fans at each of the three levels at Etihad Stadium will have access to a total of 1,500 Internet Protocol (IPTV) High Definition TV monitors which will display non-stop match day information to the 1.7 million supporters who, on average, attend AFL games each year.

As well, a total of 704 high density Wi-Fi access points will provide free internet connections to all fans, and on top of that a free mobile application will also be available from the beginning of the season.

While the game’s in progress, the screens switch to match day vision, meaning the fan won’t miss a minute’s action.

Key partners in the project, Etihad Stadium, Telstra, PMY and OAMM say the initiative will be a ‘Game Changer’ taking fan engagement and match day technological theming to an unprecedented level.

Etihad Stadium Chief Executive Paul Sergeant said the venue management’s personnel had watched international trends and were of the view that they could not afford to delay any longer a concerted investment into the digital age.

Sergeant stated “some of our key people made a number of international fact finding missions, particularly to the United States, and felt that venues in Australia were losing ground.

“As we know communications have moved at a head spinning rate in the past decade and sports and entertainment venues, like all sectors of community, need to keep pace.

“All fans – young and not so young – want to be connected and have access to a multitude of information as they watch the action and that’s what this initiative is about.”

AFL General Manager – Clubs & AFL Operations Travis Auld has welcomed and praised the stadium’s approach, concluding “from an AFL view point ... Gillon McLachlan has determined that 2015 must be the ‘Year of the Fan’ and the team at Etihad Stadium, under Paul Sergeant’s stewardship, understands that.

“The venue will be transformed by these initiatives.”

The project is a three tier initiative which commenced at the start of 2014 with the installation of two new video boards (scoreboards) at the Northern and Southern ends, replacing the original screens.

Later phases will see the introduction of an Etihad Stadium App and eventually a new external screen outside Gate 2.