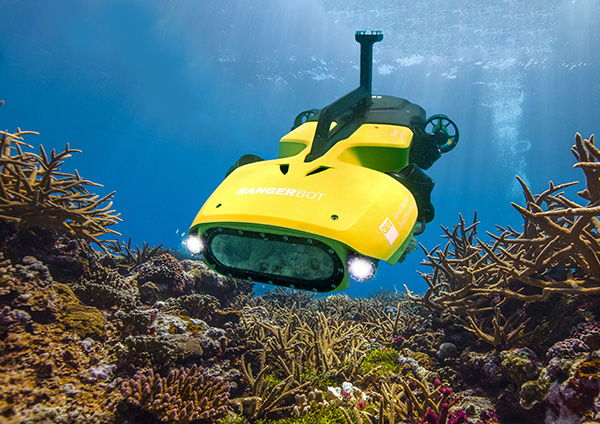 Among the award recipients were RangerBot and Turf Design Studio.

Best Urban Design was awarded to Turf Design Studio for Central Park Public Domain, in Chippendale, Sydney, which sits at the heart of the former Carton and United Brewery, surrounded by a built fabric of some of the city’s oldest workers’ cottages, terraces and warehouses. 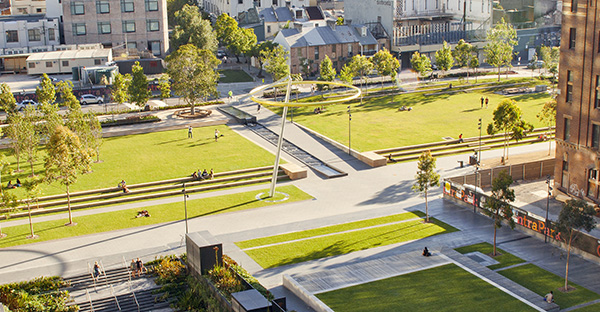 Australia’s Good Design Awards is the oldest and most prestigious international awards for design and innovation in the country. The Awards celebrate the best new products and services on the Australian market and reward emerging areas of design including business model innovation, social impact and sustainability.

Dr Brandon Gien, Chief Executive of Good Design Australia commented:“The Australian Good Design Award winners this year are an inspiring representation of the future. At the heart of all the winning projects is a problem (big or small) that was solved through clever, considered and meaningful design that will have a positive impact on our lives and our planet.”

Other Award Winners
The Next Gen category was awarded to Gekko Trax AnyTerrain, invented by wheelchair user Huy Nguyen, 34, and Ryan Tilley, 22, who spent two years developing the lightweight, packable wheelchair tracks. The over-tyre fits around the standard on-road 24" wheels of a wheelchair and adapts them to navigate sand, soft grass, snow and other soft, off-road terrains. 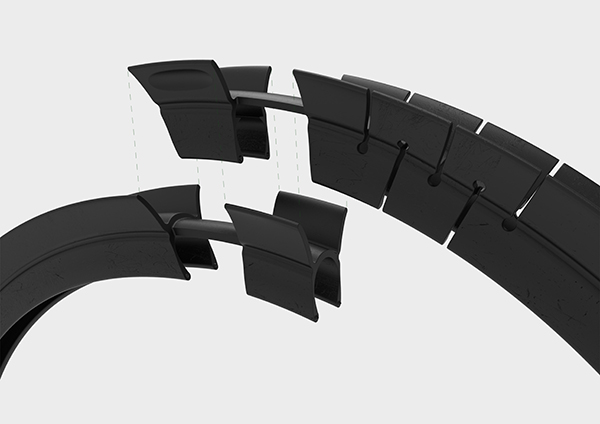 The Good Design Award of the Year was awarded to Inventia Rastrum 3D Bioprinter, designed in Australia by Inventia Life Science and Design+Industry. The 3D Bioprinter is helping to cure cancer by building 3D cell structures which are then used to test a range of therapies. The impact of this on patient experience is potentially life changing. The Rastrum builds the cell structure using advanced microfluidics, creating a more accurate structure to test immunotherapies on. The speed of delivering 3D cell models means researchers can conduct significantly more experiments, screen thousands of treatment drugs and effectively turbo-charging their research into cancer treatment. It has the potential to revolutionise biomedical research and to print tissues, skin and organs in the future.

The inaugural Women in Design Award attracted more than 60 nominations, with an international jury panel of esteemed experts awarding the accolade to Sharon Gauci from General Motors. Ms Gauci was appointed to Executive Director, Industrial Design at General Motors in January 2018 and is responsible for leading a creative team of over 180 people in many of GM’s studios across the globe including North America, Australia, Korea, Brazil and China. The Women in Design Award was established this year in response to the significant gender imbalance within leadership roles in the design and creative industry, and to recognise and celebrate women who have made significant contributions to the industry.

In the Product Design category, Best Furniture and Lighting went to Sway by Nick Rennie and Made by Pen, a floor lamp which is not tethered to any power cable or outlet and is completely free to move about. Best Domestic Appliance was awarded to Electrolux Kitchen Range and Best Consumer Electronics to Owlet Smart Sock 2 Baby Monitor, a miniature pulse oximeter that wraps around a sleeping baby's foot and wirelessly monitors a baby's heart rate and oxygen levels.

Communication Design winner was Sans Forgetica, a new free typeface that helps improve our memory. Commissioned by RMIT University and designed using principles of psychology to improve retention of written information, it is believed to be the world’s first typeface created using psychological and design theories in order to help memory retention, breaking enough conventions and engaging the reader into remembering the textual content.

Other notable accolades include the Fashion Impact award won by G-Star Raw’s Most Sustainable Jeans and the Indigenous Designer Award won by Aboriginal and Torres Strait Islander Career Pathways Service. The Good Design Team of the Year was awarded to the Caroma Design Team led by Dr. Steve Cummings and the Australian Design Prize was awarded to Professor Mark Armstrong who helped design the Sydney 2000 Olympic Games Torch.