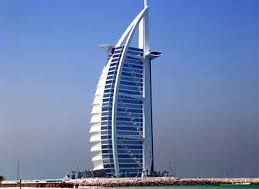 Dubai and Abu Dhabi are expected to exceed their 2014 tourism targets, attracting in excess of 3.1 million hotel guests in 2014.

With figures showing 2.8 million guests checked into the Emirate’s hotels and hotel apartments during the first 10 months of this year, Dubai has proved to be one of the most popular destinations for tourists around the world, and has become world’s number one destination for hotels.

It is also the world’s number one destination for retail, according to TripAdvisor and has climbed up from its position as eighth most visited city in the world by international visitors in 2012, to fifth place in 2014, according to statistics by MasterCard.

Dubai Corporation for Tourism and Commerce Marketing (DCTCM) confirmed that both the titles are among Dubai’s biggest milestones this year.

Commenting on this, Jones Lang LaSelle real estate consultancy’s Executive Vice-President and Head of Hotels and Hospitality Chiheb Bin Mahmoud told Arabian Hotelier “2014 was a good year for the Dubai tourism sector, and builds up on 2013, albeit with an improved competitiveness. Dubai tourism benefits however from a strong diversification across feeder markets.”

Hoteliers are also optimistic about the coming year, and have set growth plans in accord Dubai’s tourism vision leading up to its hosting of Expo 2020.

To further boost growth, DCTCM plans to focus on hosting more events and festivals and attracting more transit passengers at Dubai’s airports into spending time in the city.