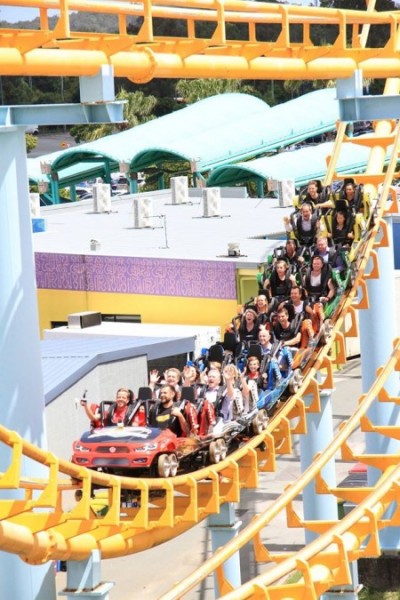 Unveiled to a fanfare reception prior to Christmas and now fully operational, the Hot Wheels SideWinder stands 40 metres high and in operation reaches speeds of up to 85 kilometres per hour.

One of the ‘Big9’ thrill rides at Dreamworld, the rollercoaster is based on the park’s former Cyclone rollercoaster, renovated and rebranded with a motorsport flavour. Now equipped with Hot Wheels themed cars complete with racing harnesses and music pumped through the headrests, guests will speed through 13-storeys of revved-up fun including a loop and sidewinder.

Headlining the precinct, Brock’s Garage is an immersive walk through history showcasing 28 original and replica Peter Brock cars including some of his most famous drives like the ‘Big Banger’.

Welcoming the opening of the 6,000 metre² area and the links with Hot Wheels manufacturer Mattel and Peter Brock’s legacy, Dreamworld Chief Executive Craig Davidson said the new partnership was a coup for the park. 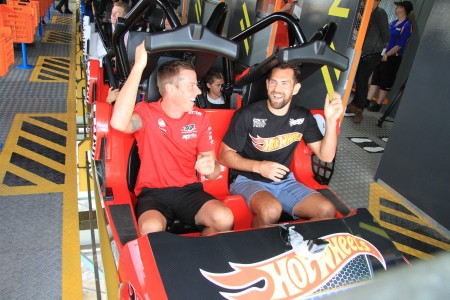 Davidson stated “we are delighted to welcome Hot Wheels as one of our key partners in our new Motorsports Experience and a valued addition to our stable of well-known entertainment brands that have a strong presence in-park.

“From theming our coaster to in-park promotions and merchandise, Hot Wheels will add an exciting new dimension to the park.

“There are thrills for everyone, from our high-end coaster and V8 Supercar simulators to the nostalgia of Brock’s Garage, all backed by great food and live sports.

John Louie, Country Manager Australia/New Zealand at Mattel, also welcomed the link, commenting “Hot Wheels provides hours of fun and creative play for families through its cars and track sets, and now the Hot Wheels SideWinder at Dreamworld is an awesome new experience for kids and parents who are seeking next-level, adrenaline-pumping experiences.”

Opening the attraction on 23rd December, Peter Brock’s former wife Bev Brock stated “Peter was a man who focussed totally in the moment, a man whose quest for perfection whenever he got behind the wheel of a car knew no bounds.

“He could never have envisaged that the very thing that brought him such exhilaration and success would also eventually see him honoured by Dreamworld with his inclusion in this amazing Motor Sport Experience.

“He always wanted to share his passion for motor vehicles, be it on the race track or the road and encouraged others to share his feeling of responsibility and enjoyment of the motoring experience.

“Peter may no longer be around but his legacy certainly lives on in this ‘Garage’ (and) the family are extremely grateful to Peter Champion, Jim Gorman and everyone at Dreamworld who have made this possible.” 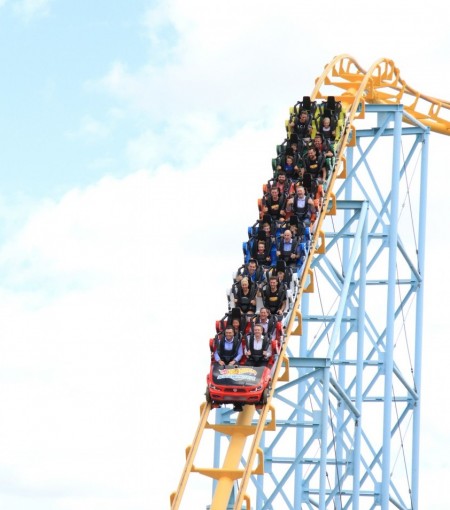 Within the precinct, the Grid Burgers & Sports Bar features gourmet burgers, a range of beers and contemporary street food favourites. Diners are seated in an air-conditioned motorsports themed mezzanine café overlooking the cars in Brock’s Garage. The precinct also doubles as an air conditioned corporate event venue for 250 people seated or 480 standing, with a full working kitchen and bar on-site.