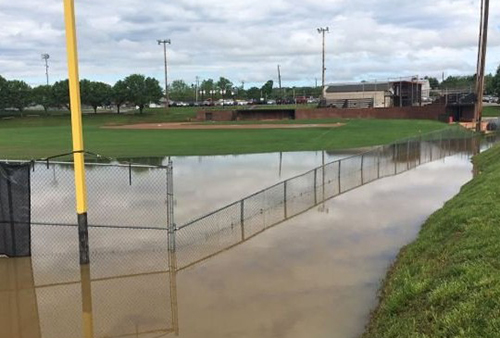 Sporting clubs impacted by the historic recent flooding can now apply for an additional $20,000 funding to assist with repairs and rebuilding.

Minister for Sport Mick de Brenni has announced that the Queensland Government will accept applications for Recreation Disaster Recovery Program for up to $25,000 per club.

Minister de Brenni advised “an extra $20,000 comes on top of the $5000 Level 1 program that was opened immediately after the floods occurred.

“The devastation I’ve seen, right across the North Queensland community, really drives home the importance of helping sports and recreation clubs get back up and running as soon as possible.

“North Queenslanders love their sport, and their clubs are such a focal point of the community, so the sooner they can return to competition, the sooner life will start to return to normal.”

He said the Level 2 funding of an additional $20,000 was available to help re-establish facilities and infrastructure, and applications can be lodged anytime in the next six months.

Minister de Brenni added “this financial support is a start.

“Such is the damage caused by the severe flooding, each club’s specific recovery needs will need to be assessed on a case-by-case basis by my department and the Queensland Reconstruction Authority.

“We are also now exploring a range of further funding options to help clubs find their feet, including asking the Federal government to chime in and help cover extreme damage bills.”

Local Thuringowa MP Aaron Harper said that while everyone’s primary concern is repairing the damage to their homes and their livelihood, returning to normal life is also important.

At the Western Lions Rugby League Club with Minister de Brenni this week, Harper said it was important the club gets back in action, so it’s prepared for the season ahead.

Harper advised “footy is in our blood here in Townsville and we won’t let flood damage break our spirits.

“We need to get out community back on its feet as quickly as possible and this additional disaster recovery assistance will go a long way.

Level 1 and 2 Sport and Recreation Disaster Recovery Program funding is available to eligible sport and recreation clubs located in areas declared under the Natural Disaster Relief and Recovery Arrangements (NDRRA).

To apply, go to www.qld.gov.au/recreation/sports/funding/disaster-recovery