Decline in water skills leads to rise in drownings 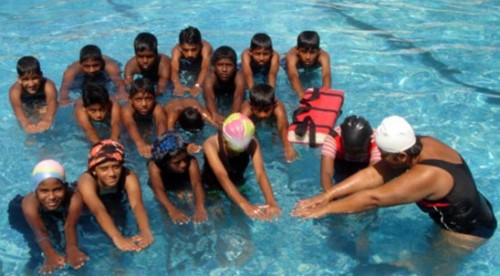 Royal Life Saving Society Australia (RLSSA) believes that the rapid increase in drowning in young adults aged 15-24 year olds is undeniably linked to a fall in the swimming and water safety skills of children in Australia over the past 10 years.

15-24 year olds as every parent's worst nightmare, highlighting that 86% of these drowning deaths are of males, with many drowning while swimming, boating or fishing with friends in the nation's rivers, dams and at beaches.

Royal Life Saving has highlighted that its research shows that more than 20% of children leaving primary school this year won't be able to swim 50 metres or float for two minutes; skills it describes as a basic right of every child living in Australia and mandatory if the nation is to halve drowning figures by 2020.

Rob Bradley says that over 600,000 young adults between 15 and 24 are now at extreme risk of drowning - a problem that will only get worse unless Governments across the country act now to make swimming and water safety compulsory in all Australian primary schools.

RLSSA's long standing belief that no child should miss out on learning to swim and survive, is behind its call for; compulsory swimming and water safety lessons in Australian primary schools; support for parents struggling with the financial burden of lessons; and funds for urgently needed programs to target rural, Indigenous and multicultural communities.

Royal Life Saving believes that parents, community organisations and the swim school industry should all commit to making swimming and water safety compulsory for all children living in Australia and has launched a national petition to raise the issue with Governments across the country.

As Bradley explains "we want to mobilise people everywhere to take a stand against this crisis. It isn't right that insufficient resources are increasing the likelihood of children drowning. It isn't right that vulnerable children from remote locations, lower socio-economic areas and Indigenous families are the most likely to miss out on water safety skills. Thousands and thousands of families cannot afford swimming lessons.

"We know the Australian Federal Government and State and Territory Governments are serious about safety and have made advances in home pool fencing laws. We need a collaborative approach to tackle this crisis of too many children missing out on leaning to swim and survive head on."

Royal Life Saving says a national benchmark of swimming and water safety skills needs to be urgently established and supported by all Governments. It says reinvestment in long standing school and vacation programs needs to be a major priority.

Bradley believes that children with poor or no swimming skills often hide the issue from friends, feeling self-conscious about it, saying these children are "very vulnerable" when they are near water. 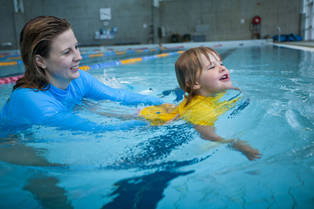 • 371 young Australians aged 15-24 have drowned in the past decade – a figure that looks set to double in the next 10 years unless immediate action is taken;

• 16% of all drowning deaths are now young adults aged 15-24 - a rapid increase in drowning which will continue throughout adulthood. 86% of those people are male;

• 50,000 children will leave primary school this Christmas with virtually no swimming skills.

These children will not be able to swim 50 metres or even stay afloat for just two minutes, even if their life depended on it;

• Many Australian families cannot afford swimming lessons and are missing out;

• A key part of the problem is that many schools don't teach swimming and some Australian schools do swimming lessons for a just few lessons each year.

To pledge support for the petition, visit www.swimandsurvive.com.au