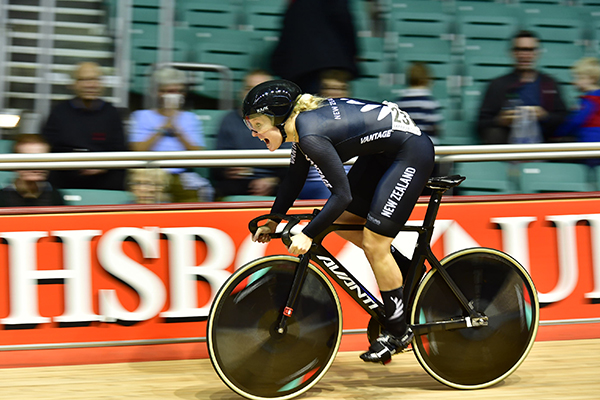 Cycling New Zealand has advised it will be reviewing its mental health support for athletes following the sudden death of 2016 Olympian and elite sprint cyclist Olivia Podmore at the age of 24.

Podmore cycled at the 2016 Rio Olympics and the 2018 Commonwealth Games on the Gold Coast but was not part of New Zealand's team at the recent Tokyo Games.

A New Zealand police spokesman said police attended a sudden death at a property in Waikato on New Zealand's upper North Island on Monday afternoon. Podmore is reported to have posted on social media the pressures of being a high performance athlete and sports officials have said that the cyclist had reached out to support services offered to athletes.

Stuff.co.nz website reports that Podmore was found dead at a Cambridge address of a suspected suicide.

“Many people are understandably devastated and trying so hard to comprehend what has happened.  We have been and will continue to provide support to our staff and riders, the cycling community and those that were close to Olivia.”

Cycling New Zealand Chief Executive Jacques Landry told media "right now for us it's about focusing on the wellbeing of the people who are here and having to deal with this loss.

"There will be a time for us actually to review and look at if and where we would have had missteps or where we didn't act properly."

As reported by Stuff.co.nz, former Olympic rowing champion Eric Murray, a friend of Podmore, told reporters that he was with her on Monday and described her death as a "shock and a tragedy.

"We have lost a sister, a friend and a fighter who lost that will of fight inside of her. If you had seen her in the last 72 hours, you wouldn't have thought this could happen.

"That's why there's so much talk about mental health at the moment."

High profile such as athletes Naomi Osaka and Simone Biles recently placed a spotlight on the impact of mental health issues in sport. Japanese tennis player Naomi Osaka withdrew from the French Open and American Simone Biles pulled out of most of her Olympic gymnastics events in Tokyo, citing a need to take care of her mental health.

High Performance Sport New Zealand boss Raelene Castle said support for athletes in programs was not perfect adding "her legacy has to be that we make improvements.”

According to Stuff.co.nz there is "devastation, guilt, regret and, among many, anger. Anger that the warnings Sport NZ officials have been fielding for several years that there would be loss of life if athlete welfare was not properly addressed, have tragically come to pass."

Cycling New Zealand add “if people are struggling, please reach out to someone you trust and talk to them.  Support is available by texting 1737 in New Zealand and for free confidential 24/7 support, contact Lifeline at 0800 543 354 or text 4357.