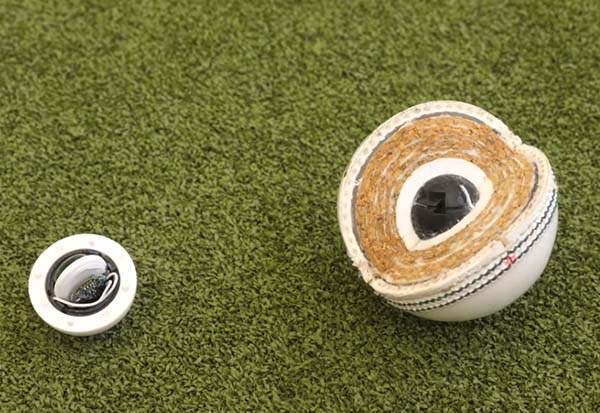 A cricket ball embedded with a microchip, being developed in Victoria by sports equipment innovator Kookaburra, could be the next innovation set to revolutionise the game of cricket.

Kookaburra’s SmartBall has been in development with technology partner SportCor for the past two years and was launched in London this weekend.

The Moorabbin-based Kookaburra pioneered white and pink balls for use around the world and believes SmartBall has a future in Test cricket and top T20 leagues.

The SmartBall delivers instant statistics on speed – at release point, pre-bounce and post-bounce – that are more comprehensive and accurate than a normal radar.

A bowler will be able to release a delivery and then immediately look to his or her smartwatch and check the speed or degree of turn.

Data could be used just as readily by broadcasters or relayed direct to fans. Future capabilities include information on whether the bat has nicked a ball, whether the ball has hit the grass on low catches and improved tracking for DRS (decision review system).

Established in 1890 and still family-owned, Kookaburra specialises in cricket and field hockey equipment and employs more than 200 people around the world including 80 who make balls at Moorabbin.

Kookaburra managing director Brett Elliot advises, “Kookaburra has been at the forefront of innovation in cricket, from the first ever white balls used under lights in World Series Cricket, through to the pink balls now used for day/night Tests.”

“The logical next step is to combine the data and analytics side of cricket that is becoming so critical to players, coaches and fans, with our traditional style of hand-making cricket balls.”