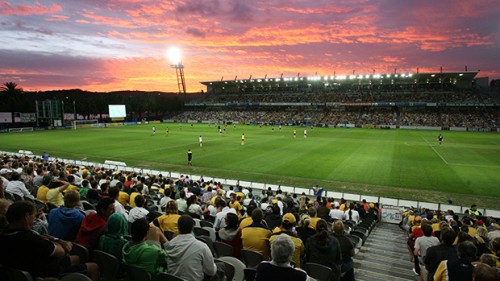 The Stadium, which has lacked a naming rights sponsor since the former Gosford City Council took over management of the venue in 2014, has engaged consultancy Win-Win Sponsorship to attract a naming partner for the 20,000 capacity venue.

While the Mariners have reportedly submitted an offer to the Central Coast Council to purchase the venue, the naming rights document refers to the Council “seeking to grow the mumber of events held at the Stadium and is looking to develop innovative ways to further engage patrons, sporting fans and the local community.”

The document refers to an apparent valuation by Repucom that the value of “potential benefits to be received by a naming rights partner” to be in excess of $1 million.

The Expressions of Interest period for the naming rights sponsor for Central Coast Stadium closes on 31st March 2017.

Inquiries should be made to Mark Duffield-Thomas of Win-Win Sponsorship on 0457 100 539, E: mark@winwinsponsorship.com