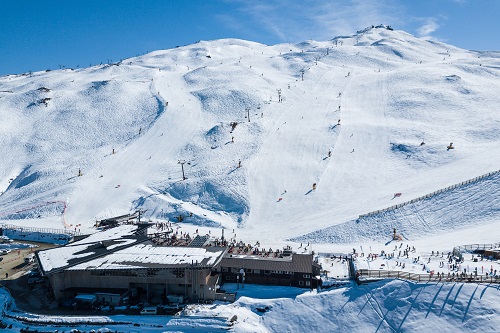 Queenstown ski field Coronet Peak has extended the ski season by one week off the back of great snowfall in spring, continued cold temperatures and demand from locals.

Instead of closing this Sunday -  30th September - the 280 hectare ski field will stay operational until Sunday 7th October, closing temporarily on Monday 1st October to reboot for the week ahead.

Nigel Kerr, Ski Area Manager at Coronet Peak, said the season had been amazing, with recent snowfall a bonus, advising “on top of the snowfall last week adding an additional 60 cms to our base, we’ve had more cold temperatures and snow this week.

“The snow would typically be falling away toward the end of the season, so it’s fantastic to have bonus days.”

Kerr says locals will be hugely appreciative that their ski field is staying open longer, adding “we’ve had a really good season from start to finish and guests have been loving spring conditions.

“We can hold our heads high as we end what is surely one of the best seasons we’ve all enjoyed.”

Coronet Peak will be operating all three chairlifts as well as the Magic and Beginner carpets.