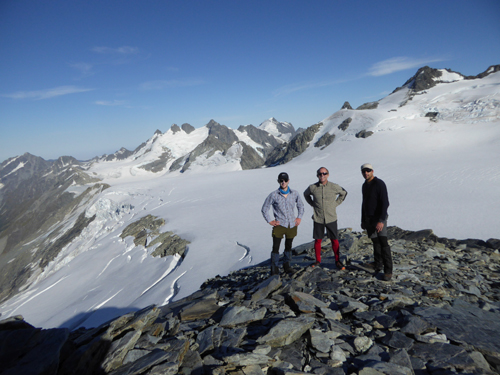 Current high temperatures are having a concerning effect on glaciers and ice fields on New Zealand’s South Island, according to University of Otago researchers.

A research team has returned this week from The Gardens of Eden and Allah; one of New Zealand’s largest but least known ice fields, which straddles the Southern Alps and feeds major rivers such as the Rakaia and Rangitata in Canterbury and Whanganui on the west coast.

Associate Professor Dr Nicolas Cullen of the University of Otago Geography Department and Dr Pascal Sirguey of the Surveying School say there is now some urgency to determine the evolving processes at play in these alpine areas, and episodes of hot weather such as the current one are causing considerable changes that point to a concerning future.

Dr Sirguey advises “what we’re seeing from these current high temperatures is a massive melt-off of snow. This snow usually provides a protective layer above ice fields and glaciers that reflects energy from the sun.”

Dr Cullen added “glaciers are in retreat and that is definitely linked to climate change. Air temperature is a governing factor in the health of ice fields and glaciers as it controls melt and whether it rains or snows.

“As such, the changes in both the timing and volume of runoff from glaciers and seasonal snow will affect New Zealand’s hydropower generation, irrigation, and agriculture in the future. These are our water towers. While precipitation (rain) provides the main input to our river catchments, once the snow has melted glaciers help to sustain water flow to our rivers. Water availability is set to become a major issue.” 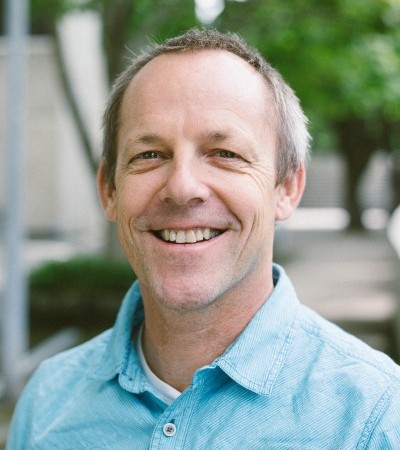 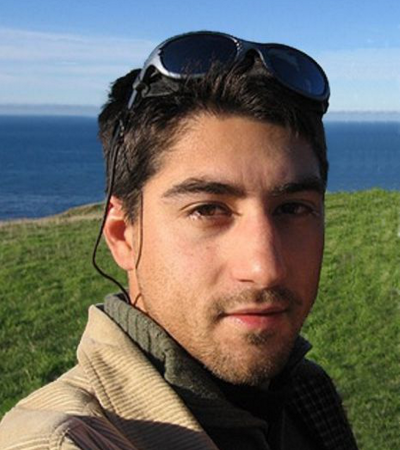 Dr Sirguey and Dr Cullen are currently investigating ways to gain clearer data on ice field changes, harnessing the latest satellite technology and modelling to get a bird’s eye view from space to measure changes in The Gardens of Eden and Allah ice field.

Images: The research team (top), the The Gardens of Eden and Allah (middle), Dr Nicolas Cullen (below left) and Dr Pascal Sirguey (below right).