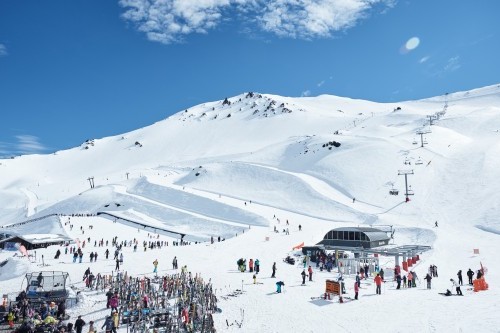 The Ski Areas Association of New Zealand (SAANZ) has reported that records were smashed last year with 1.6 million visitors to the country’s ski slopes while looking forward to a bumper winter season predicted for 2018.

SAANZ Chair Marty Toomey says the industry has recorded the highest ever skier days for a season with 8% growth in 2017, adding to steady growth over the past four years averaging 5% per year as a result of industry investment in new lifts, facilities and snowmaking.

Toomey explained “New Zealand ski fields had a bumper 2017 season with major new infrastructure, and new features on some of our biggest ski areas a key driving factor to success.

“The result smashed the previous record set in 2009 when the Australian Government tax breaks provided an unprecedented uplift in trans-Tasman arrivals. All predictions point to another record setting year in 2018 as season pass sales heat up ahead of winter.

“Add to that the success of our athletes in PyeongChang, and we’re expecting the New Zealand industry to continue growing.”

Michelle Trapski, Director of Mt Ruapehu and Snow Sports NZ, has enjoyed engaging in winter tourism governance, adding “Kiwis are embracing snow sports and discovering the immense social and recreational benefits of being active in winter at a time when many people ‘hibernate’.

“Watching our athletes perform against the world’s best at the Olympic Winter Games demonstrated how well the industry is incubating our talented skiers and riders who take their sport to the elite level.

“New Zealand’s snowboard and freeski athletes performed strongly in their respective disciplines with Nico Porteous, Zoi Sadowski-Synnott and Carlos Garcia-Knight becoming household names following their performances in PyeongChang. Meanwhile our alpine and freeride ski and snowboard athletes are delivering the best results ever for New Zealand. In both a competitive and recreational sense, New Zealand is on fire for winter right now.”

The sector’s growth is not just based on New Zealanders with growth in international arrivals during winter remains strong fuelled by the Australian market.

Destination Queenstown Chief Executive Graham Budd believes that for New Zealand to leverage the strength of the international market in winter ticks a lot of boxes for tourism strategy as a whole.

Budd adds “as an industry we have a big focus on growing seasonal visitation, increasing the length of stay and spend per visitor and wowing visitors with our stunning mountains to ensure repeat visitation.

“For New Zealand to attract strong international arrivals during the winter and spring months is critical to the industry as a whole helping improve asset utilisation and creating full time, year-round employment. Winter success in New Zealand underpins our aspiration for a sustainable tourism sector.” 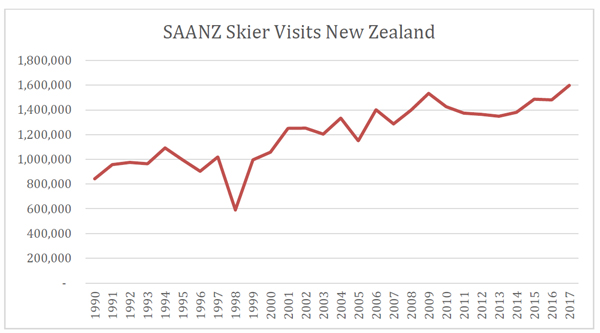 Table: Skiing and snowboarding are more popular than ever as winter booms across New Zealand

In the North Island, Ruapehu Alpine Lifts (RAL) - which operates Mt Ruapehu ski fields - has invested $22 million in new lifts, snowmaking, restaurants and night skiing at Whakapapa over the past two years which paid off with a 47% year on year increase in visitor days in 2017.

Chief Execuitve Ross Copland is pleased with the result, advising “to see such a compelling response to the new lifts and facilities proves that as a nation we still love the magic of snow and getting outdoors in the winter – the Whakapapa example proves our guests are responsive to investment which is reassuring in such a capital-intensive industry.”

A recently announced $25 million, 1.8 kilometres gondola for Whakapapa is scheduled to open in June 2019 and is predicted to drive an additional $50 million of visitor spending in the Ruapehu visitor economy annually from when it opens. $50 million of further investment is planned for Turoa and Whakapapa as part of a $100 million, 10-year development strategy.

In the South Island, Queenstown's two closest ski fields, The Remarkables and Coronet Peak, have experienced growth off the back of major investment and improved terrain and product.

The Remarkables ski field has undergone a $45 million upgrade in recent years including a new six-seater speed chairlift, new trails, snowmaking and the addition of an award-winning base building. This, along with the Remarkables big mountain experience, has spurred visitor growth of more than 40%, enabling the ski field to plan major expansion in the near future.

The relocation of a much-bigger base building has also created the potential for 70% more learner terrain and a new conveyor toward a more gradual progression up the mountain. This complements the 2017 installation of the gallery tunnel over the existing double conveyor belt across the main learner slope.

The learner experience at Coronet Peak is also improving this year, making it one of the easiest mountains to learn to ski, with its 25-minute drive location to downtown Queenstown. 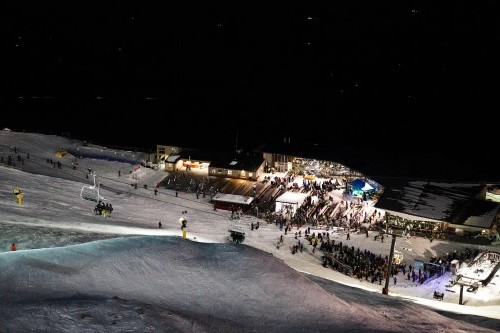 But it’s the success of the twilight and night ski product that has really attracted crowds. A number of on-mountain events and an additional twilight/night ski on Wednesdays in July last year drew record-breaking amounts of guests to Coronet Peak from local and off-shore markets. This looks set to increase with the announcement that Wednesday night skiing will now run the full night ski season, with more events planned.

This re-enforces the message that skiing in Queenstown is very accessible and flexible. The infrastructure investment continues with nearby Cardrona ski field being acquired by tourism giant Real Journeys. Investment includes a new Chondola, base facility upgrades and improvements in terrain, carparking and snowmaking. The $10million McDougall's Express Chondola opened in 2017 - a ‘combined’ lift of gondola cabins & chairs - and is the first cabin-style lift on a ski area in New Zealand. The Chondola increases uphill capacity by 150%, which means it reduces queues on the other mountain lifts.

Cardrona experienced its biggest ever year with visitor days eclipsing 300,000 for the first time.

Canterbury’s Mt Hutt ski area has once again celebrated being voted the best ski resort in New Zealand for the third consecutive year.

The 2017 season brought record snowfalls delivering more than 6 metres of snowfall across the season. Visitors loved the conditions, as well as the extended terrain after the ski area grew by 21 hectares of skiable terrain in 2017.

Also in Canterbury, in 2015 more than $6million was invested in Porters Ski Area on the installation of a new Doppelmayr quad chairlift and an automated high-tech snowmaking system. Extensive earthworks and infrastructure improvements were essential to this upgrading of facilities. This was the biggest investment by Porters in its 50-year history. It has transformed the ski area and as a result has increased patronage in the subsequent winters.

Images: In 2017, Mt Hutt in Canterbury grew by 21 hectares of skiable terrain and enjoyed one of the best snow falls in years attracting solid crowds throughout the season (top, courtesy of Mt Hutt) and twilight and night skiing at Coronet Peak in Queenstown attracted record breaking crowds. This year is adds Wednesdays to its existing Friday and Saturday twilight and night skiing to meet demand (below, courtesy of Coronet Peak).