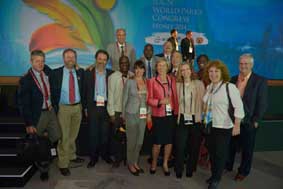 Over 5,000 delegates from 160 countries have gathered in Sydney to participate in the once-in-a-decade International Union for Conservation of Nature (IUCN) World Parks Congress.

Co-hosted by the NSW National Parks and Wildlife Service (NSWPWS) and Parks Australia, the Congress is featuring more than 1,700 presentations and events.

Welcoming delegates to the Congress, NSW Environment Minister Rob Stokes stated “I am delighted that NSW is hosting this important Congress where issues such as sustainable development and climate change can be discussed amongst the world’s environmental leaders with a view to finding common ground.

“The history of park protection in NSW stretches back to the establishment of Royal National Park which is the second oldest national park in the world, and Australia’s first.

“The Congress will provide a wonderful opportunity to showcase to the world the state’s over 865 national parks and reserves, further bolstering the approximately 38 million visitors our parks estate attracts each year.

“NSW has grown its national parks estate over the past 46 years from just 860,000 hectares in 1967 to over 7 million hectares or 9% of the state’s total land area today.

“Traditional owners continue to be an immense source of knowledge in the management of protected areas in NSW with almost a quarter of the state’s parks estate now under Aboriginal joint management agreements.”

On the eve of the Congress Minister Stokes announced the creation of the Everlasting Swamp National Park (pictured below), covering one of the largest coastal floodplain wetlands remaining in NSW. 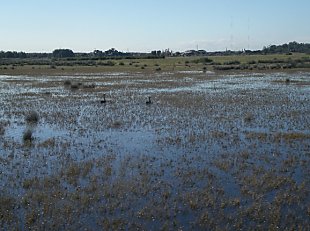 Located near Maclean in northern NSW, the new national park, which links an additional 1,700 hectares of land to the existing Everlasting Swamp State Conservation Area, is an intact ecosystem that is both rare and globally significant.

Commenting on the creation of the national park, Minister Stokes added “the Everlasting Swamp and the adjacent Imersons Swamp form one of the largest coastal floodplain wetlands remaining in NSW and an intact ecosystems of this size is extremely rare and globally significant.

“The creation of a new national park will protect vulnerable wildlife and habitats, preserve water quality and natural connectivity in the landscape. It will enhance the protection of vulnerable floodplain wetlands, and protect wetland and estuarine biodiversity.

“The Swamp provides internationally significant water bird habitat and provides feeding and breeding grounds for a number of birds listed under international migratory bird agreements. It is also an iconic bird watching area.

“With the support of the local community, NSWPWS plans to restore the wetland to a more natural hydrological cycle and functioning wetland which will alleviate the acid flush risk and support a more sustainable fishing industry for the Clarence River."

The IUCN World Parks Congress is taking place in Sydney from 12th to 19th November 2014.

The Congress is expected to inject around $34 million into the state’s economy and will provide an opportunity to discuss major environmental challenges in protecting the world’s most precious places.