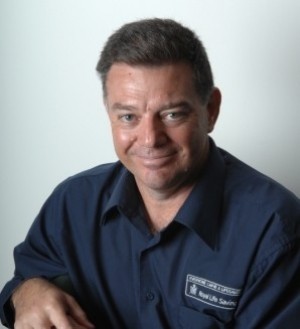 The Confederation of Australian Sport (CAS), which stepped back from its role as an advocate and peak body for Australian sport in 2009, is looking to revive its representation of the industry.

Seeking to attract membership from national and state sporting organisations, industry peak bodies and partners who provide products and services to the sport industry, CAS states that it is aiming to work with "all Governments and industry stakeholders" to "place a strategic focus on collaboration, reform and investment across the entire sporting pathway from the grassroots up."

On its recently updated website, CAS states that it will "be proactive in highlighting the critical issues currently facing the Australian community that are preventing Australians from accessing and participating in their desired sport or active recreational pursuit.

"CAS strongly believes that the Advocacy for and Leadership of Sport should be led and driven by Sport, strongly supported by Government but not run by Government."

The website also states that "CAS will provide an independent voice on current and emerging issues and will also be available to provide advice to government on issues relating to community participation", and that it "will develop an effective advocacy network to support and enhance the impact and effectiveness of the delivery of key messages."

In its new form, CAS has identified three priority issues that it will work to highlight in the immediate term. These are:

Established in 1976 as the national peak body for sport in Australia, and briefly known as Sport Industry Australia, CAS sought to advance the interests of the Australian sports community and to give the industry a united voice in discussions and negotiations with governments and key stakeholders.

However, in 2009, facing declining membership and with its major NSO members preferring to discuss industry issues directly with Governments and be represented by the Confederation of Major Professional Sports (COMPS), CAS stepped back to focus on running its successful Australian and Australasian Masters Games.

However, during the four years in which CAS has not been an industry advocate, other bodies would appear to have filled the role.

COMPS has grown in stature while State Sports Federations and their ACT counterpart recently formed Community Sport Australia Ltd (CSA), to nationally represent the Federations, to advocate and gain support for community sport and to recommend ways for improving the sustainability of community sport.

In addition, the Australian Womensport & Recreation Association Inc (AWRA) has received Australian Sports Commission funding for its work in promoting the active participation of women and girls in sport, physical activity and recreation.

Speaking to Australasian Leisure Management, CSA Secretary and QSport Chief Executive Peter Cummiskey questioned whether the contemporary sport industry needed CAS, stating "I'm really not certain of what CAS' membership will be and, without members, it doesn't have a mandate."

For more information go to www.sportforall.com.au