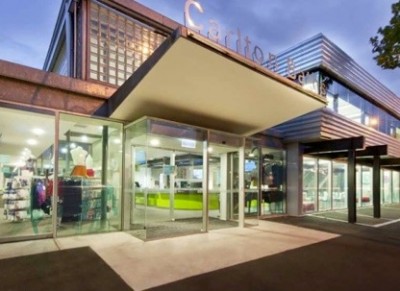 A $15 million transformation of Melbourne's Carlton Baths has been completed, with doors to the new community facility officially opened on Sunday 3rd March.

Melbourne Lord Mayor Robert Doyle said the baths would become a hub for the Carlton community, stating "before we closed the doors almost two years ago, the Carlton Baths were a much loved yet worn down centre. We saw a need to renovate this aging building and upgrade the facilities so that it could provide for the needs of the community well into the future.

"We now have a magnificent, contemporary centre that will support people of all ages and interests. Whether you're a mother bringing your newborn in for a health check, a teenager coming in for a group fitness class, or a senior member of our community visiting for a swim, the Carlton Baths are for everyone."

The centre has been expanded to cover two levels and the gymnasium has more than doubled in size to include a purpose built cycling studio. The popular family services area now has bigger and better spaces for services including maternal and child health, counselling, immunisation and playgroups.

Lord Mayor Doyle added "since January we have staggered the opening of the centre, and the local community has been quick to embrace it.

"Close to 1,600 members have already signed up to use the pool and gymnasium. There is a great deal of activity and energy at the centre and it's clear that it will continue to be well used and loved."

One of the major opportunities for the redevelopment was to upgrade the energy efficiency of the building. Improvements include better insulation, double glazing, rainwater collection, solar hot water, low energy fittings and better ventilation.

Carlton Baths is the latest community infrastructure project opened by the City of Melbourne. Last year Council spent more than $9 million to redevelop Boyd, the first fully integrated community and cultural space at Southbank while, in 2014, Council will also open the Docklands Library and Community Centre.

For more information go to www.melbourne.vic.gov.au/carltonbaths