Community and elite sport gets backing in South Australian budget 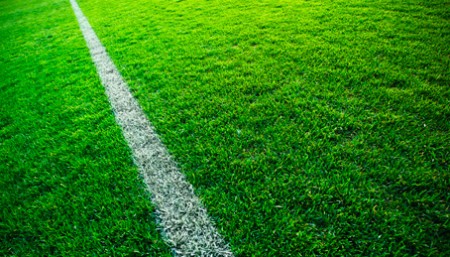 2017/18 South Australian budget has made significant new funding commitments to community and elite sport with backing for women’s participation and South Australia’s Olympic athletes along with help for sporting clubs wanting to establish or replace playing surfaces.

The budget includes a major $20 million grant funding initiative to help sporting clubs establish or replace playing surfaces, as part of a drive to increase participation in grassroots sports.

The funding will be made available over two years and will assist sports like football, hockey, tennis and bowls with synthetic surfaces while sporting clubs using wooden and hardcourt surfaces will also be eligible, such as basketball, volleyball, netball and tennis.

A statement from the South Australian Treasurer Tom Koutsantonis explained "artificial pitches or playing surfaces vastly improve the standard of sporting facilities, help save on water costs, and can mean clubs can play in all types of weather."

Grant funding will be prioritised on the basis of contributions made to the project, including by the club or local government organisations.

Other funding commitments include:

Breaking down the barriers to women’s participation in sport has been identified as a high priority for the South Australian Government, with this initiative following a $10 million budget investment last year to build women’s change rooms across South Australia.

Sport SA has welcomed the budget commitments, with Chief Executive Jan Sutherland acknowledging "the significance of the environmental sustainability of the local courts, grounds and ovals."

Sutherland commented "this innovative program directing resources into community sport addresses the issues associated with the maintenance of facilities and demands of environmental changes."

She went on to say that partnerships across government will be vital in delivering these projects, adding "we welcome these budget allocations for sport and note that as the peak industry body association for the organisations which provide for 870,000 South Australians participating in sport and physical activity, we will continue to call on the government and all political parties to acknowledge the value and contribution of sport to our State."

Cultural funding in the 2017/18 South Australian budget was less generous with $31 million of the $36 million claimed as additional support for the arts being allocated to expanding the redevelopment of Her Majesty’s Theatre.

The revised Her Majesty’s Theatre capital works program includes adding an additional floor, raising the roof above the stage to accommodate a modern fly tower, replacing the aging roof above the auditorium, and improving patron safety by upgrading the building’s safety measures. The project will create up to 220 jobs during construction, which is expected to be completed in late 2019.