Circa Theatre and Te Papa reveal potential of museum space 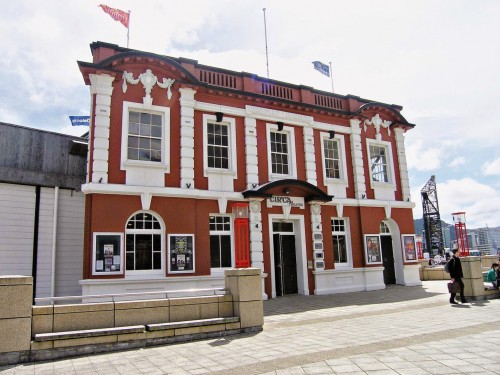 As part of Circa Theatre and Te Papa’s shared goals to develop a vibrant and dynamic cultural precinct on Wellington’s harbourside, a freshly renovated bar and foyer have opened at Circa Theatre.

A shared project between the theatre and Te Papa, the new space has been in the planning stage since May 2017, and marks the completion of the first phase of renovations for the building.

Circa Theatre moved from its small but popular converted office space on Harris Street to a purpose-built space on the Wellington waterfront in 1994.

Since that time, Circa and Te Papa Museum have been neighbours, and as two cornerstones of the arts and culture capital, they signed a memorandum of understanding to foster and develop a closer working relationship in May 2017.

The newly finished renovations are the first major change driven by the partnership of the two organisations, and Wellington audiences will see their forces unite in 2018 with their first co-production as part of the New Zealand Festival (23rd February to 18th March).

First to showcase the newly renovated foyer, bar and toilets is Tom Scott’s Joan which opened over the weekend to a standing ovation. In partnership with Te Papa to create Circa’s most ambitious undertaking to date, Rushes will see Circa opens its doors, corridors, theatres and rehearsal spaces to be explored in this fresh, innovative production.

This multi-award-winning, immersive experience created by Movement of the Human and presented as a co-production by Circa Theatre and Te Papa perfectly showcases the newly revitalised building, transforming the space into a gallery-like playground for the senses, as audience members are invited to explore the space at their leisure. The new open plan bar will remain open throughout the performance.

For Circa Theatre co-founder and council member, Carolyn Henwood, the newly refurbished bar and foyer have been a long time in the planning, and are just the beginning.

She explains “this stage of the building renovations has taken about eight years maybe more.

“We have a dream to redesign the building allowing more rehearsal space and a room upstairs. The completion of the structural phase of renovations has revealed the extraordinary potential of the building as a resource for Wellington.”

From its creation, Circa Theatre has strived to showcase the highest quality New Zealand and international work. The partnership between Circa Theatre and Te Papa invites a new era for the theatre, as part of the cultural hub of the Wellington waterfront.