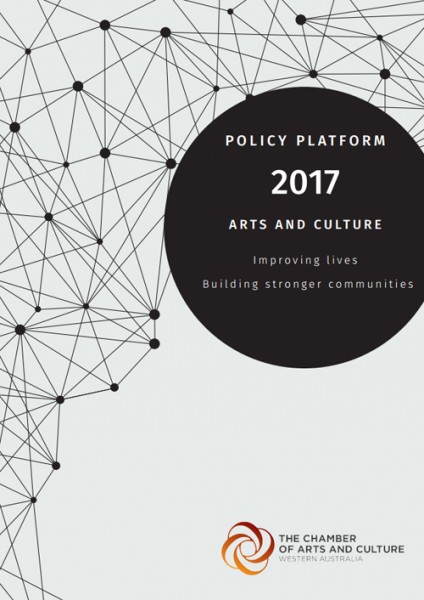 In advance of the State election in 2017, the Western Australian Chamber of Arts and Culture has launched a policy platform framework, calling for an injection of $100 million into the arts and culture portfolio to re-invigorate the sector and prevent a serious decline in the sector’s activity and employment.

Boston explained “while the state has experienced a 36% growth in population over the last 12 years, the investment by government in arts and culture has shrunk from 1.12% in 2002 to less than 0.67% of the total state budget.

“The sector employs over 42,000 people and contributes over $10.6 billion to the state economy but it is at risk of decline.

“It has been underfunded by government for many years with a declining investment in people and programs.”

Recently released independent research in the annual Arts Monitor showed that Western Australians understand that arts and culture is a vital and embedded facet of the community that, Bostone explains “enriches our emotional lives, health, education, tourism, society and cultural identity.”

95% of West Australians consider it important for children to access arts and cultural activities as part of their education while over 70% of the community believe that government investment in the arts should be increased. 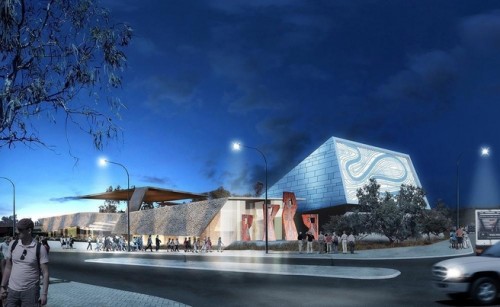 Boston added “the lack of investment by Government has been masked by the contribution of the corporate sector mainly through the large resource companies.

“As this income stream has diminished in line with a slowing economy it now becomes incumbent on government to support the diversification of the economy by increasing its support for arts and culture.

“The investment in regional arts activity through Royalties for Regions has confirmed the sector’s ability to strengthen communities, drive tourism opportunities and provide a sense of place.

“Food and lifestyle might be the low hanging fruit for tourism but Western Australia has the oldest continuously practised culture in the world and is home to extraordinary creative music, visual, literary, performing and other artists.

“With the right investment, these unique qualities give Western Australia the potential to provide visitors with cultural experiences that make this state stand apart from the world.”

Chamber Chair, Helen Cook commented “our submission shows that arts and culture has achieved significant financial and social return on investment through our artists, arts organisations, festivals and screen industry.

“But there is so much more that could be achieved with vision, collaboration and relatively modest additional State funding. The arts have an ability to generate jobs, bring much needed vibrancy to the outer metropolitan regions and be a unique tourism attractor for Western Australia.

“We urge the incoming government to invest in our creative resources. By doing so it will improve lives and build stronger communities.”