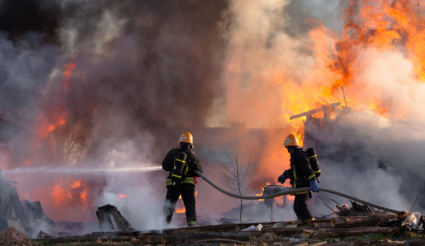 Blue Mountains tourism operators estimate that recent bushfires have cost the industry nearly $30 million from cancellations and visitors staying away.

Bushfires that swept through the area in October destroyed over 200 homes, along with the much-loved Zig Zag Railway attraction.

Four weeks later, Blue Mountains, Lithgow and Oberon Tourism Chairman Randall Walker explains "current occupancy rates have been as much as 80 % down" adding that "some small bed and breakfast operators have had zero customers and zero revenue, larger operators are slowly recovering."

It is estimated that $28.4 million has been lost and there are concerns about the flow-on effect within the industry that employees more than 5,000 people in the Blue Mountains.

Many of the operators suffering were not directly impacted on by the fires while the ABC quoted local operators warning of a grim flow-on effect with staff leaving the region to look for work elsewhere in the run-up to Christmas.

Blue Mountains Mayor Mark Greenhill argues there is no reason why tourists should not come back.

Mayor Greenhill told the ABC "tourism is a life blood of our community.

"All of our beautiful tourist attractions are open for business.

"If people don't come here, it's a double whack for us. We've suffered the fires and then we've suffered a kick to our economy."

The mayor and tourism operators are keen for the Federal and NSW governments to invest in a campaign to lure tourists back.

Mayor Greenhill added "if the Government truly cares about the Blue Mountains, that help will be forthcoming.

"We've suffered a terrible natural disaster, and in Victoria and Tasmania, Government stepped up and assisted those communities. That needs to happen here."