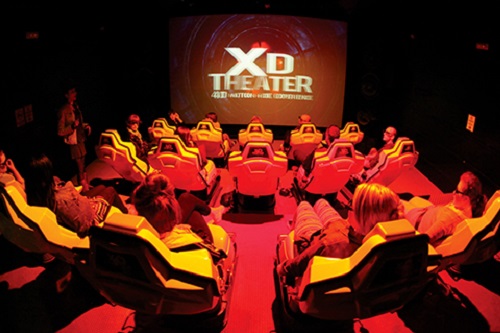 Australia’s first ‘Big Thing’, the Big Banana Fun Park is to add a new experience with the addition of a new 4D Ride Simulator.

Being manufactured by leading simulator developer Triotech the simulator will be the only one of its kind between Sydney and the Gold Coast.

Offering multi-sensory interactive attractions, it will feature four ride simulator films - Moon Thunder, Dino Safari 2, Machinarum and Wild West Mine Ride - chosen to ensure that it caters for all of the different age groups that visit the park, from younger visitors through to the young at heart.

Announcing the arrival of the Simulator, Big Banana General Manager, Michael Lockman explains “we have been working on a 4D Ride Simulator attraction for around five years now but we hadn’t been able to source the right product for our park.

“In late 2016, we visited IAAPA in Orlando, Florida, which is the largest amusement exhibition in the world, where we met the team from Triotech and were able to experience the simulator first hand. Triotech have installations all over the world including Warner Bros., Legoland, Universal Studios, Heide Park and many more.

“We were very impressed with the product and their track-record in the industry and over the past two years we have been able to negotiate a package to suit The Big Banana Fun Park.

“We are very excited to be able to bring this state-of-the-art experience to the Coffs Coast.” 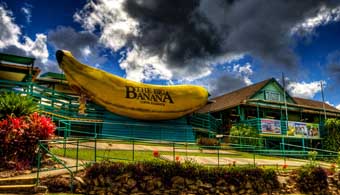 The 4D Ride Simulator is expected to open at the beginning of November this year, just in time for the summer holidays.

Its launch will see The Big Bananas team working with Triotech to deliver an extensive marketing campaign for the launch of the attraction preceded by construction updates via social media.

This will be the sixth new attraction added to the Big Banana in the last five years, with the introduction of Laserforce Laser Tag in 2013, a 36-hole Mini Golf course in 2014, new wateslides in 2015, the biggest Giant Slide in the country and Go Bananas Fun Zone in 2017 and now the 4D Ride Simulator to come in 2018.

These attractions complement the existing ones, including the Ice Skating Rink, Toboggan Ride and World of Bananas Theatre and Tour Experience.