Beyond Glasgow, Gold Coast can transform the Commonwealth Games 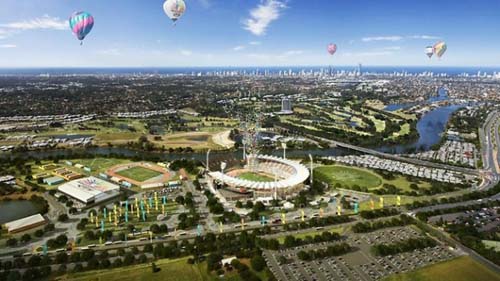 Tourism Australia Managing Director John O'Sullivan has claimed that the Gold Coast will "make" the Commonwealth Games and boost its future when it hosts the Games in 2018.

O'Sullivan paid tribute to Glasgow and how its people embraced this year's Games and made them one of the most successful in history and called on the people of Gold Coast to do the same.

O'Sullivan, a former student at the Griffith Business School in Gold Coast, told the Gold Coast Bulletin "what was really interesting to me out of Glasgow was that the city made the Games in Glasgow.

"The Gold Coast has the potential for the city to make the event … (as it) has such a great opportunity to really boost the reputation of the event because it's such a fantastic location."

Widely regarded as a huge success, Glasgow 2014 was described as "the best Games ever" by Commonwealth Games Federation (CGF) President Prince Imran in his Closing Ceremony address at Hampden Park earlier this month.

A survey of 20,000 spectators, carried out by organisers of Glasgow 2014 claimed that 91% of fans were satisfied with the event, commonly described as "fantastic, exciting and fun" while 86% of people would welcome future big events in Glasgow.

O'Sullivan, who spent six years as Chief Commercial Officer with Football Federation  Australia before moving to the role of Chief Operating Officer at Fox Sports, believes Gold Coast can achieve a similar level of success by harnessing its people also.

He told the people of the Gold Coast “you're now the host city, you now own this event.

"People need to really embrace it, and think of how they can use it - big events have a transformative effect on cities who host them."

Australia last hosted the Games in 2006 in Melbourne and 2018 will be the fifth time the event will take place in the country.

The Gold Coast was awarded the Games at the 2011 CGF General Assembly in St Kitts and Nevis beating off its only rival Hambantota of Sri Lanka.