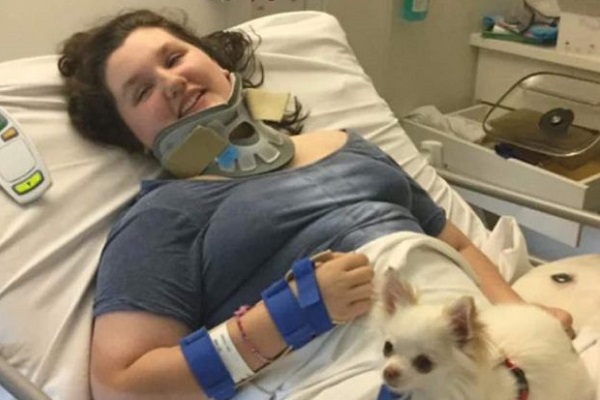 A 2016 diving accident that left a student wheelchair bound for life has now seen the owners of the Swim and Survival Academy in Ballarat owners fined $150,000 – an amount which the injured girl’s family says is substantially below what they were expecting.

Milly Yeoman was taking part in school swimming lessons at the Swim and Survival Academy in Ballarat in 2016 when an instructor told her to dive into a pool that was too shallow.

Prosecutor Andrew Palmer said she should have never been told to dive into the shallow pool. She was 46kg heavier and 23cm taller than the average 12-year-old female.

Life Saving Victoria recommends dives should only take place in pools with a depth of two metres, but the pool in question was only 1.2 metres deep.

After the accident she spent nearly 200 days in the Children’s Hospital. Now 14, she faces life in a wheelchair after suffering a broken neck and severe spinal cord injuries in the accident and requires 24-hour care.

Earlier this month the owners of the swim centre, De Kort Enterprises Pty Ltd, pleaded guilty to one count of breaching the Occupational Health and Safety Act in the Ballarat County Court for failing to ensure the centre was safe.

ABC News reported that speaking outside court, Milly’s mother Rebecca Yeoman said the family was disappointed with Judge Paul Lacava’s sentence, and were hoping the centre owners would have been fined an amount closer to the maximum allowed penalty of $1.4 million.

Judge Lacava said he took into account the early guilty plea when handing down the sentence.

The incident was captured by cameras inside the swim facility, which was viewed by the judge in private. The Court heard an instructor told Milly to dive into the pool that was 1.2 metres deep. She hit her head on the bottom of the pool and was face down for about 10 seconds before an instructor pulled her up.

Milly said she remembered hitting her head, then everything blacked out.

Defence lawyer Robert O’Neill for the husband and wife directors of De Kort Enterprises, Rob and Julie De Kort, who have run the pool for 17 years, told the Court they accepted responsibility for the accident and sincerely regret what happened to Milly and the severe trauma it caused her family.

The De Korts said there had been about 90,000 dives in the pools at the swim school and they’ve never had a serious incident before this one, and are committed to do anything they can to make sure no such incident takes place in the future.

Earlier this month, WorkSafe Victoria filed charges in the Melbourne Magistrates Court against the Victorian Department of Education and Training and the swimming school over the incident.

They both face charges of breaching Victoria's Occupational Health and Safety Act.

A GoFundMe page set up to help Milly’s family with medical costs has raised $55,000.

Image: Milly Yeoman after her accident.