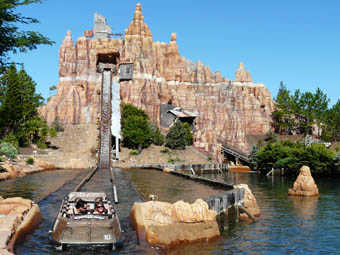 The latest findings from Roy Morgan Research show that 740,000 Australian holiday-goers visited at least one theme park on their last holiday.

The USA was the most popular international destination by far among people who went to a theme park on their last overseas holiday, attracting 33% of them.

Other popular destinations for overseas travellers who visited a theme park on their last overseas holiday were Japan (15%), Singapore (12%), the UK (9%) and Thailand (7%). 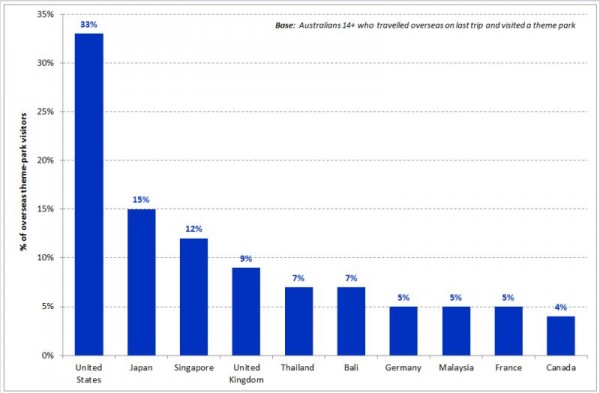 Commenting on the findings, Roy Morgan Research Group Account Director Angela Smith stated “given the plethora of theme/entertainment parks around the world, it’s no surprise that so many people who visited one on their last holiday did so overseas.

“Our data shows that folks who went to a theme park on their last trip are considerably more likely than the average overseas traveller to have gone to the US, Japan and Singapore – all of which are renowned for their world-class theme parks.

“Overseas theme park visitors tend to have a slightly higher household income than the average traveller who went overseas on their last holiday, and they do a greater number of activities while they’re away -- being more likely to have also visited a zoo/animal sanctuary, gone shopping, had restaurant/international food and wine experiences, visited museums and art galleries. Overseas theme-park travellers appear to be a lucrative market, and offer a golden opportunity for savvy tourism operators and travel agencies to tailor their marketing communications so as to encourage this special breed of holiday-maker to really enjoy every aspect of their chosen destination.”