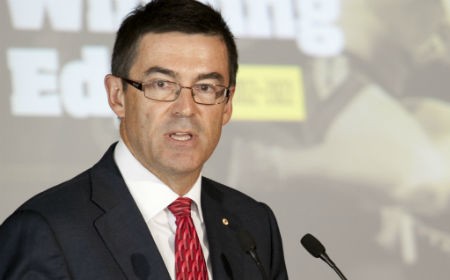 Australian Sports Commission Chairman John Wylie has written to national sporting organisations and professional clubs across the country imploring board directors to follow new integrity guidelines to help insulate their organisations from the growing risks of match-fixing and doping.

Wylie told Fairfax media “we wanted to provide practical guidance to directors of sports boards as to what are the questions they should be asking around the board table to maximise the likelihood that they can avoid any problems in integrity in their sport and their clubs.

"The risks are going up and that means the reputational risk to directors is increasing so we felt that there is a very important goal there for the sports commission."

AFL and NRL have been hit by high-profile doping scandals at Essendon and Cronulla since 2013 and, among others, there have also been prominent match-fixing affairs in the NRL and in Victorian Premier League football competition in recent years.

The ASC's guidelines include advice to directors that at least once a year they should sit in and hear briefings given by their sport's anti-corruption officials to players. They should also ask questions relating to sports science and sports medicine, anti-doping, illicit drugs, match-fixing and child protection.

Wylie added “a lot of directors on the sports boards don't know what questions to ask but no one wants to be a director of an organisation where things blow up into an integrity crisis so we're trying to help them minimise the risks.

"They should be aware of what the trends are in betting, they should be making sure that their sporting code is working with all the international organisations that monitor sports betting, for example. Being fully informed is an essential part of minimising the risk for directors."

Wylie said the new directors' guidelines were not mandatory and not linked to funding of individual sports.

For more information go to www.ausport.gov.au/supporting/integrity_in_sport