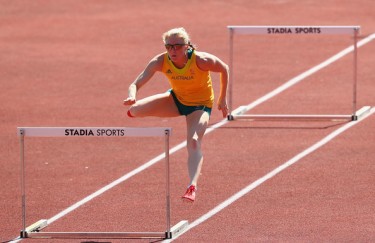 Introducing the funding allocations, Wylie explained "the investment in sports we are announcing today reflects the robust approach we have adopted under Australia's Winning Edge 2012-2022 the high performance game plan for moving Australian sport from world class to world best.

"Our investment decisions were based on a set of principles that assessed sports ability to provide sound evidence that they can contribute to the targets.

"We have also asked that sports be more accountable for best practice governance and commercial performance under our investment approach.

"Paralympic sports have also been rewarded for success and their strong performance cases with a 14% increase to sports in funding for 2013-14."

ASC Chief Executive Simon Hollingsworth was pleased with the outcome of the rigorous process, adding "we have taken a significant first step in the changed approach to high performance sport.

"We believe that these sports provided proof of their potential to reach our Winning Edge targets in their submissions.

"Sailing for instance will receive over $6.8 million in 2013-14 reflecting their potential to build further on the highly successful London campaign that reaped three gold and one silver medal at the Olympics and a gold at the Paralympics.

"Water Polo will receive over $3 million as a consistent medal sport in the women's program with a rising performance profile for men.

"The Australian Rugby Union will receive an additional $496,000 in ongoing annual high performance investment as well as $500,000 over the next two years for the establishment of a centre of excellence that will specifically focus on 7s rugby."

Wylie noted that the process undertaken was performance based and would be monitored, adding "as this is the first year of our new approach, the impact of these decisions will be reviewed closely as the year progresses and sports that have their funding increased or decreased this year should not assume that's the likely case again next year all sports have to justifying their investment each year.

"However, the Commission Board and executive were very impressed with the strong submissions made by sports in their performance cases and I would like to acknowledge the effort all sports have put in to prove they deserve public investment.

"The evidence provided has demonstrated good support for the overall performance targets announced in November by the ASC and has given us confidence about Australian sport despite some recent negative news.

"The Commission understands all sports would appreciate increased investment, however we are committed to working within existing budgets and working closely and positively with sports to increase the size and diversity of their funding base, especially through increased commercial and philanthropic sources of income.

"Today's funding announcement is a marker on the path towards improved sport performance and funding, not an end point."

Wylie also highlighted the full range of ASC investment in sports, stating "we have also invested nearly $17 million in participation initiatives with sports recognising the importance of a clear pathway and the health and ....