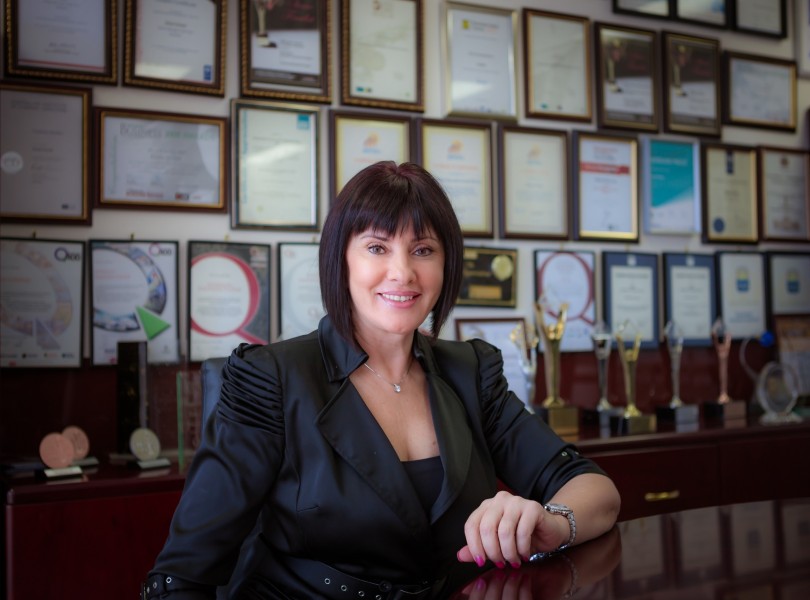 To be presented at an award ceremony on 21st October in Barcelona, Spain, Gold Stevies have been were awarded to Gosse for Executive of the Year - Manufacturing with AISystems also winning the Company of the Year (Manufacturing, Small) category.

Gosse will also receive a Silver Stevie for Woman of the Year while AISystems scored a Bronze Stevie for Most Innovative Company of the Year - Up to 100 Employees.

The International Business Awards are the world’s premier worldwide business awards program with the 2017 awards receiving a record 3,900+ nominations from more than 60 nations and territories. Winners were determined by the average scores of more than 200 executives worldwide who participated on 12 judge juries.

The judges’ comments on Gosse’s leadership included “Elena has risen out of obscurity into the limelight by determination, focus, discipline and capability for balance” and “(she is) a well rounded leader who has delivered on many fronts.”

Other judges’ referred to AISystems’ 25-year history of innovation, stating “an impressive record of innovation” and “it is crystal clear that AIS’ focus on innovation and strengthening its research and development capability has given it outstanding market position against its competitors.”

A delighted Gosse said that the awards recognised AIS’ expertise and commitment to excellence, commenting “as a company we are passionate about developing safer, simpler and smarter technologies for water disinfection.

“We are dedicated to eliminating the spread of disease in recreational water and to end dependence on hazardous chemical dosing.

“For me and our team to be acknowledged by the international business community for our efforts is a great honour. It further strengthens our resolve to be the world’s leading brand in water disinfection for swimming pools.”

For more information about the Stevie Awards go to www.StevieAwards.com