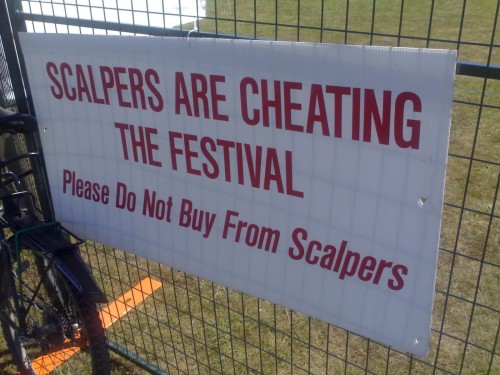 In releasing the Ticket Reselling in Australia Consultation Paper, Minister McCormack is calling for submissions from consumers, ticket sellers and resellers, performing artists, venues and promoters.

He explains “Australians are frustrated with the ticket resale industry.

“Consumers should be able to access all available tickets and purchase those tickets at a reasonable price without being ripped-off by astronomical mark-ups applied by scalpers and resellers.”

The consultation paper welcomes advice on a range of options including an outright ban on the practice through to restricted reselling rules and improving information disclosure. The paper also canvasses a nationwide ban on ticket-buying bots and the continued development of a consumer focused education campaign.

Minister McCormack added “we want consumers and businesses to share their stories and experiences with ticket reselling so we can deliver better protection for Australian consumers.

“For example, sometimes consumers do not realise they are purchasing from resale sites and find out they have paid more only when the ticket arrives – this is really unfair. I encourage all interested parties to make a submission.”

The release of the consultation paper is part of an extensive consumer protection agenda that was agreed by Consumers Affairs Ministers in August this year with the Commonwealth leading the wayon this issue.

Stakeholders are invited to comment on the consultation paper by Friday 15th December by lodging a submission online at www.treasury.gov.au/consultation.