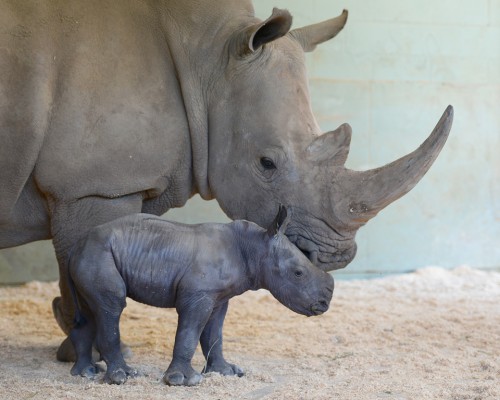 Australia Zoo has announced that, on the morning of Sunday 11th October, Caballe the rhinoceros welcomed another baby – a precious male calf – and a fourth rhino baby to be born at the Zoo in four years.

After a labour that lasted only two hours, both Caballe and her new baby are doing well and will be taking some time out to bond behind the scenes before joining the rest of our ever-growing rhinoceros family.

With a rhinoceros’ gestation period totalling 17 months, this long-awaited birth signifies a successful rhino breeding program at Australia Zoo, helping the conservation attraction highlight the plight of rhinos in the wild.

Australia Zoo’s Head Keeper for ‘Africa’, Manu Ludden, is elated by the birth of this newest addition to Australia Zoo.

Ludden explained “we are so happy to announce the birth of another healthy baby rhinoceros.

“The calf weighs approximately 45 kilograms and is doing extremely well. He’s big and strong and is already suckling very well.” 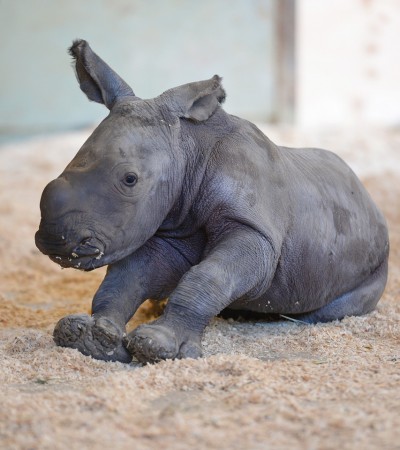 Australia Zoo will keep the public updated on when the calf can be seen at its African Savannah exhibit via its website and Facebook page.

In the meantime, the rest of Australia Zoo’s rhinoceros herd can be viewed at all times while for those who undertake the Zoo’s rhino encounter – all proceeds go directly to the Zoo’s wildlife conservation projects on the ground in Africa.

Images: Caballe watching over her new son (top) and the newest addition to Australia Zoo (below). Courtesy: Ben Beaden/Australia Zoo.