Australia a target for match-fixing 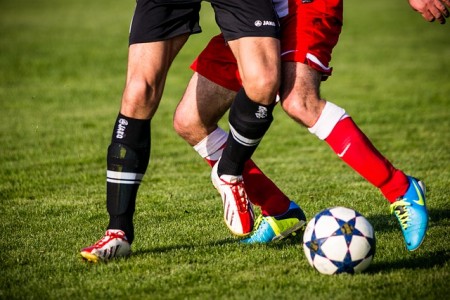 A major match-fixing scandal is set to impact Australian sport within five years, according to a keynote speaker at this week’s Australian and New Zealand Sports Law Association (ANZSLA) conference.

According to Canadian writer and investigative journalist, Declan Hill, Australia is ripe for exploitation by an Asian crime syndicate with an established reach into Europe and an eye to expand.

Hill believes Australia’s obsession with sport, tradition of sports gambling and the rise in online gambling, its shared time zone with Asia and numerous sporting codes make it an obvious target, explaining "the people who are doing this have targeted your country and will be destroying your sports within three to five years.

“You have a brief window of opportunity to stop them coming in or they will wreak havoc here.”

Hill's warning to the ANZSLA annual conference in Canberra came as the independent South Australian senator Nick Xenophon called for an immediate ban on sports gambling and the Federal Government identified it as an evolving threat.

Public concern about the social impact of gambling has been heightened with online betting agencies pervading lounge rooms to allow “live” bets on games as they unfolded on television. Punters can now dissect matches like never before with potential to place wagers on each attempt on goal.

According to Hill, who spent four years researching his book The Fix, the illegal sports gambling racket in Asia dwarves legitimate agencies. In China it destroyed the Chinese football, where corruption undermined China’s plans to bid for the FIFA World Cup.

Hill explained that about 80% of matches in China were fixed and similar levels of corruption existed in Singapore, Malaysia, Thailand and Vietnam, and “they are looking for new opportunities” adding that Australia has “a society and a nation obsessed with sport.”

Hill also explained that the diversity of the Australian sport market, with elite competition in cricket, AFL, football, rugby league and rugby union meant numerous leagues thrived but high-profile players were not necessarily well paid, adding "you have a whole bunch of teams and players that don't actually make a lot of money, they play in these high-profile games but if (fixers) were to come to a certain team with $10,000, (that money) is probably more than many of their junior players see in a week.”

Senator Xenophon said an Australia-wide ban on sports gambling was required to stop corruption in sport until the Federal Government established national regulations against match-fixing, stating that “the current state-based regulations are woefully inadequate.”

The Federal Government has identified sports gambling, and its evolution online, was emerging as a threat, Sports Minister, Kate Ellis, saying that it risked the positive perception of sport in the community.

Minister Ellis stated “it's about balance, sport must be something which sets good examples and which encourages children to get active.”

Whether Australia will take serious action on match-fixing allegations remains to be seen as, to date, no action appears to have been taken in relation to an alleged betting scam surrounding the Sydney Roosters's last home game of the National Rugby League season.

Official bookmakers suspended betting three times before the 6th September game after a splurge of bets backed the North Queensland Cowboys to win by more than 13 points.

Subsequently, allegations have been made that a small group of Roosters “celebrated” the loss amid claims that some players had received some kind of kickback.

On the morning of the match, Sydney’s The Sun-Herald newspaper revealed that the nation's biggest sports agency, TAB Sportsbet, had suspended betting because of the weight of money on the Cowboys winning by more than 13 points.

The newspaper reported at the time that a TAB spokesman, Glenn Munsie, had said “we've got a lot of worries about the betting activity on this game.”

The Sun-Herald also reported that “sources close to the club claim there has been an arrangement in place for several years involving a Roosters scout who offers to supplement the wages of younger players with bonus payments in order to aid exotic bets.”

Under NRL rules it is illegal for players and officials to be involved in betting.

NRL Chief Executive, David Gallop, said the NRL had initiated some early inquiries about the match, the only time it had done so all season, but did not have sufficient information to launch an investigation.

Gallop stated “if there was information, of course we would look at it and we would expect co-operation from the authorities.”

At the ANZSLA conference, Hill said match fixing in sport had broad consequences, saying “sport has become a de facto religion and a vehicle for our hopes, dreams and ideals.

“If you allow that to be corrupted, you really undercut your self-esteem as a nation.”