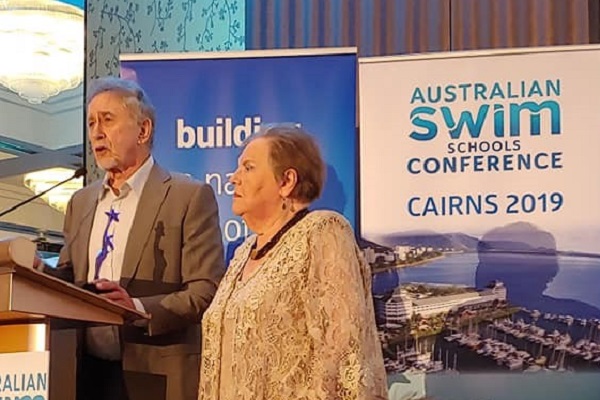 The highlight of the recent Australian Swim Schools Association conference in Cairns, the inductions were made during the conference Awards Dinner Gala.

Van Dyk migrated to Australia from Holland in 1955 and immediately become involved in ‘preschool aquatics’. She was a major driver in setting standards and developing teacher training courses and went on to write two books and produce three videos on the subject.

Pat Wright, who started swimming in 1955 in Hughenden, before driving learn to swim and water safety in Mackay for over 50 years, was inducted into the Hall of Fame’s Pioneers section.

As was often the case, Wright coached as well - with five of her charges going on to represent Australia.

Inducted into the Outstanding Contributors section was Barbara Nolan. Nolan started teaching swimming and water safety in Rockhampton, where she ended up building her own swim school in her backyard. Upon moving to Brisbane, her contribution to the Industry expanded significantly: presenting all around Australia and overseas; and developing numerous high-quality resources that are gladly shared.

Legends, the highest tier in the Hall of Fame, receive a ‘Forbes’ - in honour of co-Legend 01 - Forbes Carlile MBE.

Both Wright and Nolan received a ‘Steedman’, named in honour of Charles Steedman, who introduced ‘formal’ swimming to Australia in the 1860s.

The annual Australian Swim Schools National Awards of Excellence were also announced on the night, with the presentations made by Paralympian, Grant ‘Scooter’ Patterson.