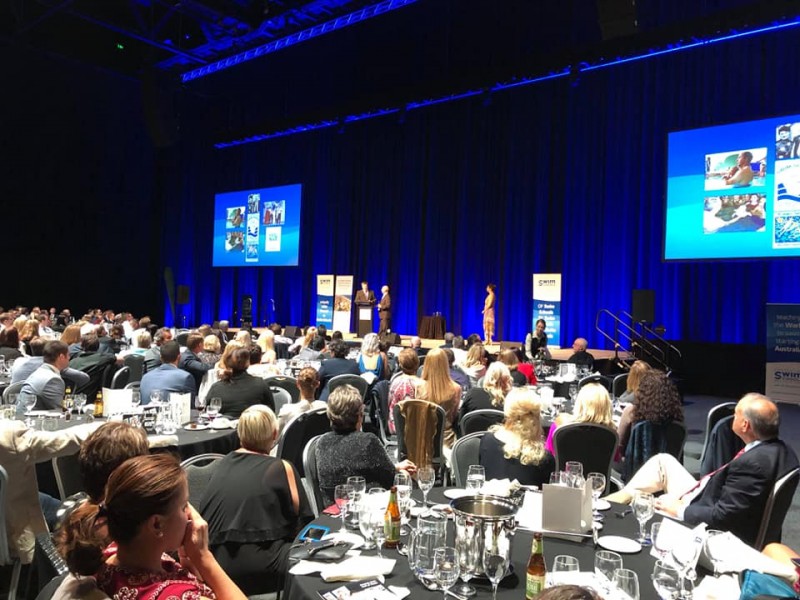 Presented on the evening of Tuesday 31st July at the Gold Coast Convention and Exhibition Centre, the Awards, a key part of ASSA’s goal to present first-class educational and enriching aquatic experiences, played tribute to current, future and past achievers.

The Awards also saw the announcement of new inductees into the Australian Swim Schools Hall of Fame.