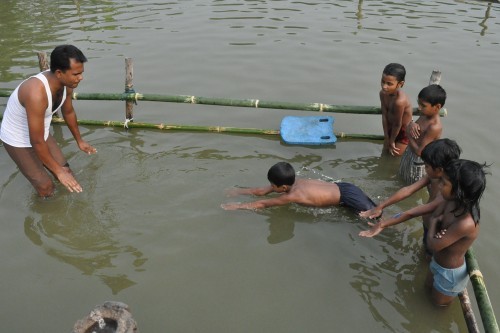 A recent Sydney meeting of international organisations concerned with water safety has heard drowning described as "the single-biggest epidemic that nobody had ever heard of" by Dr David Meddings, the Head of Injury Prevention with the World Health Organization (WHO).

Dr Meddings, reiterating a presentation he made at the World Conference on Drowning Prevention in Vancouver, Canada in October, highlighted WHO estimates that around 360,000 people fatally drown every year, more than the death toll from malnutrition or childbirth and maternal conditions.

Speaking at meeting of officials from Australia, China, Vietnam, Fiji, the Philippines and the Solomon Islands, Dr Meddings described complacency over drowning as a global phenomenon, no matter whether the risk was low like Australia or in countries where the risk of drowning was three to 10 times higher than here.

Citing Bangladesh as an example, Dr Medding advised that 43% of deaths among one to four-year-olds were drownings, adding this wasn't atypical in the region with drowning also the leading killer of children aged one to 14 in many countries, including Thailand and China.

He also advised that about 63,000 people fatally drown in India every year, a bit more than the entire population of Greenland.

The enormity of the problem, which experts believe is under-reported, meant the United Nations wouldn't meet its goal of ending preventable deaths of children under five by 2030 without addressing drowning.

Attendees said it was hard to shatter the public's complacency about water, and convince people that drowning could kill so many children. A Thai delegate said around 500 school students fatally drown in the school holidays, yet it had to keep repeating safety messages and stressing that it was the leading killer of one to 14-year-olds.

The Australian rate is far less, with around 291 people drowning in the past year, about half the rate of 20 years ago. However, fatal drownings among tourists, such as the 15-year old student from India who died at Glenelg in South Australia this week, have risen 108%, while there has been a 22% increase among those born overseas, and a 50% increase among people older than 65, predominantly men.

The meeting discussed new recommendations by the WHO to reduce drownings, including that every school age child across the world should undertake swimming and water safety lessons.

Commenting on Australian issues, Royal Life Saving Society - Australia (RLSSA) Chief Executive Justin Scarr advised that too many parents were "complacent" and "apathetic" about water safety although they knew the risk of death or serious injury.

Speaking to the Sydney Morning Herald, Scarr advised “we see that in backyard pool drownings of children constantly, people understand that drowning is an issue, yet they make choices that put their children at grave risk.”

Scarr also shared his fear that an increasing number of migrants were more likely to prioritise academic achievement in their children rather than swimming and water safety lessons because of ignorance about the risk of water. 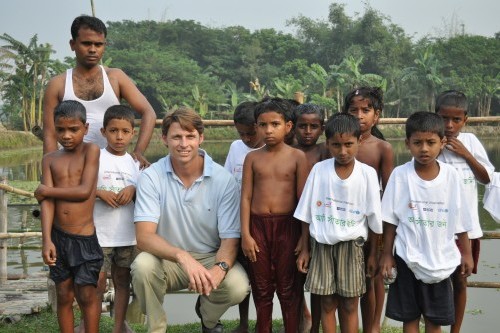 Scarr said some of the most at-risk communities - suburbs with the greatest number of people born in countries with little cultural awareness of water safety - had the lowest level of swimming and water safety lessons in their public schools.

Scarr advised “parents read headlines, and see drowning is problem, and enrol children at a very young age. It takes a long time for a child aged two, for instance, to learn the fundamental skills so parents often complain that it is costing them a significant amount of money, and it is two years of a lesson a week, and their child is yet to swim more than three or four metres in a very small pool.

"In the old model, children were learning at primary school years, they had better physical development, they were better able to understand instructions, and as a consequence a six-year-old is more likely to go from being a non-swimmer to a reasonable swimmer in a fairly short period of time than someone that starts at age two.”

Royal Life Saving has previously undertaken water safety courses in Bangladesh, resulting in 500,000 children being taught to swim, and in Vietnam.

The next biennial World Conference on Drowning Prevention will be held in Durban, South Africa in 2019. For more information go to www.ilsf.org/drowning-prevention/conference