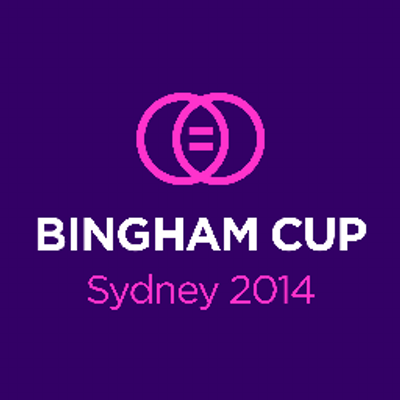 The Australian Rugby Union (ARU) has announced a new Inclusion Policy, designed to stamp out all forms of discrimination and homophobia in rugby and ensure a positive environment for everyone involved in the game.

The announcement coincides with the launch of the 2014 Bingham Cup, which will see thousands of international Rugby players, fans and media gather in Sydney for the world cup of gay rugby.

In August last year, the ARU became the first major Australian sporting code to commit to developing an Inclusion Policy.

ARU Chief Executive Bill Pulver reaffirmed Australian rugby’s resolve to eliminate discrimination in rugby in April this year when he joined the leaders of other sporting codes to sign a collective commitment to stamp out homophobia in each of their respective sports.

Pulver explained "we’ve worked with a number of stakeholders to develop our Inclusion Policy – most particularly, the organisers of the 2014 Bingham Cup, who were instrumental in putting a framework together earlier this year.

“Our new Inclusion Policy reinforces Australian rugby’s commitment to ensuring every individual, whether they’re players, supporters, coaches or administrators, feel safe, welcome and included, regardless of race, gender or sexuality.

“Over the next few months we’ll start implementing our Policy to ensure everyone involved in our game at all levels is aware of it and understands our expectations.

“There is absolutely no place for homophobia or any form of discrimination in our game and our actions and words, both on and off the field, must reflect this.

“I am confident our Inclusion Policy signals our clear stance on discrimination. It will ensure everyone in Rugby understands our position on inclusion and will help us tackle homophobia in all aspects of our sport.

“Congratulations to the 2014 Bingham Cup Committee which has done a remarkable job in creating real change, in addition to organising what is set to be a terrific tournament in Sydney this weekend.

“On behalf of Australian rugby, I would like to welcome all Bingham Cup athletes and supporters to Sydney as we celebrate a future for Australian Sport – free of discrimination.

“I wish all the competitors well for the tournament and look forward to watching some fantastic Rugby in Woollahra and Rose Bay over the next few days.”

Ashley-Cooper stated “I’m extremely proud to be part of an event which is challenging stereotypes and the 2014 Bingham Cup is an excellent chance to foster further growth for the initiative.”

“Freeing Australian sport of discrimination is crucial and I’m looking forward to supporting players from around the world as they band together for a great cause."

The 2014 Bingham Cup will be played in Sydney from Friday 29th August to Sunday 31st August.

Hosted by the Sydney Convicts, Australia’s first gay Rugby club, it will see 24 Rugby teams from more than 15 countries compete in one of the largest international rugby tournaments of the year.

To find out more about Bingham Cup, visit www.binghamcup.com