Arts, Culture and Sport to be unifiers with Asia 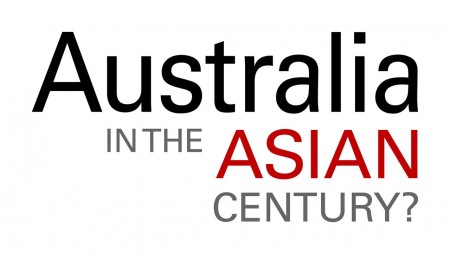 Federal Ministers have backed The Australia in the Asian Century White Paper highlights the huge potential to drive a stronger, deeper and broader engagement with Asian nations through sport and the arts.

Federal Minister for Sport Kate Lundy explained "the release of the White Paper confirms the power of sport to bridge language and cultural barriers and serve as a platform to build relationships.

"The White Paper focuses on positioning Australia to maximise the benefits of the global economic and strategic shift to Asia.

"Already we see Australian sports taking advantage of the burgeoning Asian market including Tennis Australia through the Trophy Tour and the inclusion of Football Federation Australia in the Asian Championship.

"In this context, there is potential to use sport strategically to leverage a range of benefits through better social, cultural and economic and trade relationships."

Senator Lundy said Australia shared a passion for sport with Asia and this would only be enhanced with the upcoming Asian Football Confederation Asian Cup and International Cricket Council Cricket World Cup in 2015.

Senator Lundy added "the 2015 Asian Cup and Cricket World Cup are expected to draw a global audience of more than 1 billion people respectively and provide an unprecedented opportunity to showcase Australia in Asia.

"These key events will provide significant business and trade opportunities for Australia. With a strong link between sport and industry in Asia, Australian business has the unique opportunity to make strong connections through sport and open doors to new markets."

Minister Crean said cultural diplomacy is vital to Australia's engagement across the region to build trust, understanding and confidence in our cultural, political, security and economic relationships, stating "as home to the world's oldest living culture and welcoming to the greatest diversity of cultures, Australia has unique cultural strengths that underpin values of respect, understanding and inclusion this is crucial in Asia, which is a region deeply respectful of culture and respect for others.

"The Federal Government will work with arts and media organisations to better coordinate their engagement with Asia. Broadcasters ABC and SBS will grow their roles in sharing news and content, and our national collecting institutions with take a more strategic approach in connecting with Asia.

"The Australian International Cultural Council, our key cultural diplomacy body which I chair alongside Foreign Affairs Minister Bob Carr, will also be revamped with a new strategic focus.

"We will improve government activities that support our artists succeeding in Asia including through the Australia Council and Screen Australia, to explore more points of contact and collaboration."

Minister Crean said Australian arts and culture are already heavily engaged with Asian countries, adding "through the international program OzFest, which is currently being staged in India, Australia's creative industries are forming part of a whole-of-government advocacy and public diplomacy strategy.

"The Sydney Symphony Orchestra is touring six cities in China to an enthusiastic response which they are documenting through a live blog.

"Bangarra Dance Theatre regularly tours Asia while the exhibition in Japan of Indigenous painter Emily Kame Kngwarreye curated by the National Museum of Australia are further examples of Australian arts success in Asia.

"In Australia locally curated events like Adelaide Festival Centre's OzAsia Festival, Broome's Festival of the Pearl and Destination NSW's Parramasala Festival are showcasing arts and culture from across the Asian region, while the National Portrait Gallery's contemporary Asian self-portrait exhibition will tour regions and capital cities.

"We have laid a solid foundation but more can be done a strengthen business, political and trade relationships. Arts and culture are the essence of identity and how we understand each other people-to-people."

Australia Council for the Arts Chair Rupert Myer added "the Australia Council's engagement with Asia must increasingly build deep cultural interconnections between our nation and our neighbours (and) it is our view that the presence of Australian arts in Asia is a compelling sometimes underutilised asset that makes a substantial contribution to strengthening Australia's economic, political and cultural objectives.

"Australia's arts and cultural sector will continue to deepen its connections with Asia's arts communities and audiences, and its large and expanding market. With established in-roads and growing expertise, the Australia Council welcomes the Government's focus on Asia and stands ready to contribute to the nation's objectives in the Asian Century."

The Australia in the Asian Century White Paper is available at http://asiancentury.dpmc.gov.au

27th September 2012 - Tourism at the top in Asian century