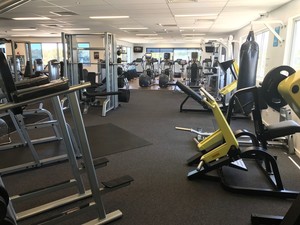 The Western Australian Police's arson squad is investigating a suspicious fire at the Active 24 Hour Fitness Centre in the Perth suburb of Kwinana.

The fire at the fitness centre was apparently "deliberately lit" and led to fire services dealing with fire between 4am and 6am on Saturday morning.

Fire crews got the blaze, which started in the ground floor foyer, under control by about 6am with a WA Fire and Emergency Services Authority spokeswoman saying that the fire damaged the gym's air conditioning system as well as extensive water and smoke damage.

The fire is believed to have been sparked after wheelie bins at the gym were set alight.

Anyone with information on the incident is asked to contact WA Crime Stoppers on 1800 333 000.

For more information go to www.active247.com.au/