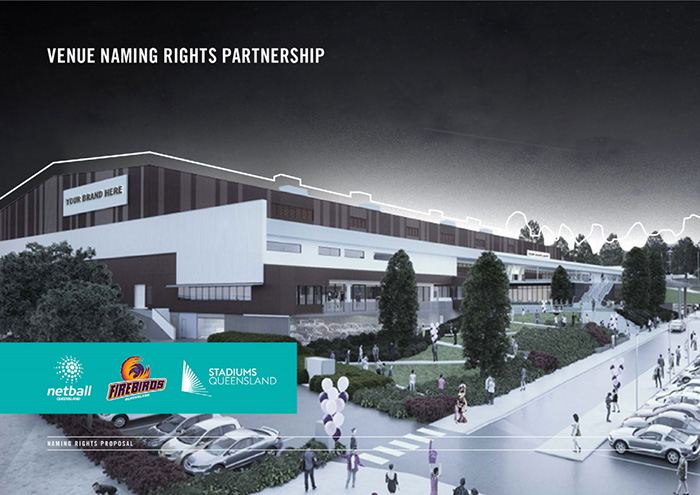 Netball Queensland and Stadiums Queensland continue to invite Expressions of Interest for the inaugural naming rights opportunity for the new Brisbane Arena, located on the corner of Mains and Kessels Road in the Brisbane suburb of Nathan.

Situated on one the busiest intersections in Brisbane's south in the Queensland Sports and Athletics Centre precinct, and with more than 33 million cars passing the site every year, Brisbane Arena is Queensland’s newest capacity state-of-the-art indoor sports and entertainment facility.

Home of the Queensland Firebirds, and host to a suite of national and international sports, gaming, music, and lifestyle events, this is an opportunity to embed your organisation's brand as the first in market with this venue's name, and to be heavily involved in the support of womens sports and wellness.

The venue boasts a 5,000 capacity sunken show court with the most advanced screen and audio technology in the country, a sports medicine and high performance centre, cafes, bars, and seven additional courts servicing the community seven days a week. 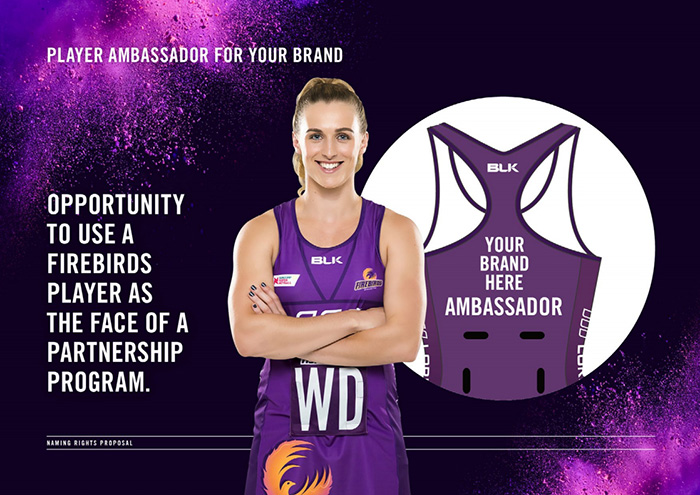 The Firebirds, who participate in the best domestic competition in the world, Suncorp Super Netball, enjoy a free-to-air broadcast via Channel 9 Wide World of Sports and Telstra Live, and with over 1.3 million people tuning into Firebirds games last year, and the significant rise and growth of womens sport in Australia, this is an opportunity not to be missed.