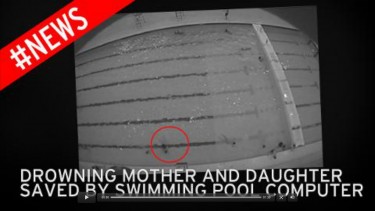 The Poseidon anti-drowning detection system has received extensive media coverage after it alerted staff  to a women in distress at the Blackshots Leisure Centre in the English county of Essex.

The resultant rescue marked the first time that the system had been used to potentially save a life in England.

The incident, which happened on Friday 20th February, saw a women get into trouble in the shallow end of the main swimming pool at Blackshots Leisure Centre, Thurrock (40 kilometres west of central London) and slump to the bottom.

Her daughter, playing on her back, was left in danger - but lifeguards were alerted to the situation by the Poseidon system installed 10 years previously.

The computer-aided drowning detection system claims to raise the level of safety for all swimmers and works by analysing the texture, volume and movement of the water.

It detected the fact that she was not moving at the bottom of the pool and sounded a drowning alarm to the lifeguards on duty, who rescued and resuscitated her by the side of the pool.

A swimming teacher on hand rescued the little girl.

The mother was taken to a hospital, where she has since recovered. 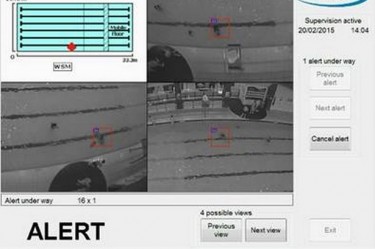 Image shows the alert seen by lifeguards at the Blackshots Leisure Centre.

Commenting on the rescue, Royal Life Saving Society UK Pool Program Manager Alex Blackwell stated "the role of the lifeguard is a challenging job as they need to educate, supervise and to intervene early to ensure a safe environment is maintained within the swimming pool environment.

"The RLSS UK supports the use and development of technology that can aid and support lifeguards' role.

"Technology can put an additional layer of safety in place, supporting the well-trained lifeguard who can rescue and provide first aid in an emergency."

Since 2000, Poseidon has helped detect and prevent 29 drownings incidents in public swimming pools across the globe - with this incident the first in England.

There are more than 240 installations in Europe, the United States, Japan and Australia.

Click here to view a report on the incident from UK newspaper The Daily Mirror. 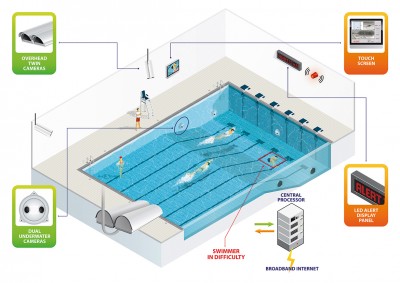 In Australia, the Poseidon anti-drowning detection system is distributed by Maytronics. Click here to contact Maytronics Poseidon via their entry in the Australasian Leisure Management Supplier Directory.