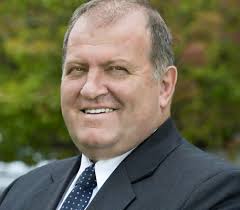 Sydney Olympic Park Authority (SOPA) Chief Executive Alan Marsh is to step down from his role after eight years of managing the former Olympic precinct.

One of several recent changes at Sydney Olympic Park, that have included the appointment of a new SOPA board and a new Chief Executive at the Sydney Showgrounds, Marsh is has overseen dramatic changes since his appointment in 2008 - realising a vision for Sydney Olympic Park to be internationally recognised for its world-class events, venues, parklands and a great place to live and work.

Under Marsh’s guidance, Sydney Olympic Park has witnessed a dramatic increase to its daily population, which when he joined was around 6,000 and today exceeds 20,000 made up of workers, residents and students.

This is in addition to the 10.5 million people who come to visit Sydney Olympic Park each year.

During this period, the number of organisations that now call the Park home has grown from around 60 to over 225 including major organisations such as Lion, Thales, Samsung, Fujistu, Commonwealth Bank of Australia and soon NRMA.

The number of events staged in the Park each year has also grown and today the Park successfully hosts in excess of 5,700 events.

On the development front, more than 35 commercial, residential, sports-related and infrastructure developments collectively approaching $3 billion dollars have been completed, commenced or are awaiting approval to proceed.

The 430-hectares of parklands have become not only a local but a regional destination for leisure and today 2.8 million people come to explore and enjoy the parklands each year.

During Marsh’s service, the parklands have also been enhanced in particular with the opening of the $7 million play space Blaxland Riverside Park, which has become a hugely popular location for greater Sydney.

An acting Chief Executive will fill Marsh’s role until the position is filled.