AISystems claims its technology could have prevented Rio’s green pools 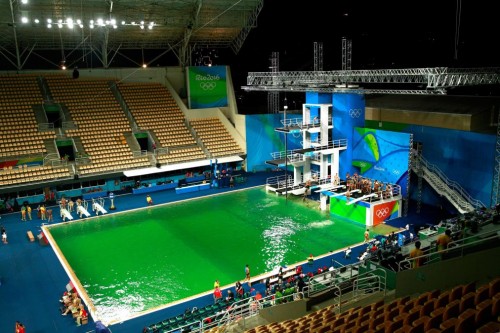 Australian made and manufactured water disinfection technology could have prevented the Maria Lenk Aquatic Centre during the Rio 2016 Olympics.

Elena Gosse, Chief Executive of Australian Innovative Systems (AISystems), the Brisbane-based manufacturer of chlorine generators for water disinfection, said that an automatic, in-line Chlorine generator like the ones AIS produces could have ensured the Rio pool water stayed clean and clear and saved the organisers from embarrassment.

Gosse explained “the situation with the water in the Olympic diving pool was very unfortunate.

“The bright green water was due to the presence of large amounts of green algae which is a symptom of inadequate disinfection and not enough Chlorine.

“If Chlorine levels were initially properly maintained the situation would not have happened as the algae could not have grown.”

As reported by Australasian Leisure Management, Olympic venue management officials in Rio have stated that incorrect chemicals were used in the Maria Lenk Aquatic Centre, the venue for diving, synchronised swimming and water polo group games, diminishing the ability of the chlorine to do its job of keeping the water clean and clear.

Gosse stated “while Olympic officials originally closed the pool and tried shock-dosing the water, unfortunately the wrong chemical was used which then effectively destroyed all of the Chlorine. The only option then left was to drain millions of litres of water from the pool.
Gosse said it was unfortunate that a number of ‘no chlorine’ claiming technologies were emerging in the market, many of which were not officially recognised by industry or delivered the adequate disinfection levels required to protect swimmers."

She added “while people have mistakenly held vhlorine responsible for symptoms such as red and irritated eyes, a pungent chemical smell and itchy skin, the problem is not Chlorine but rather chloramines, caused by inadequate levels of vhlorine in the pool.

“Chlorine remains the only widely-approved, residual disinfectant for public swimming pools world-wide and is actually the hero when it comes to water disinfection. Free Chlorine kills germs and helps to protect swimmers from waterborne disease and pathogens.” 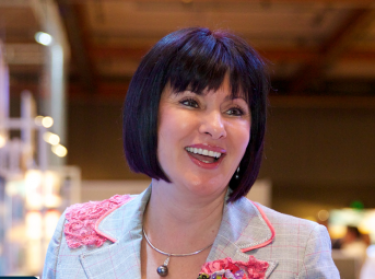 AISystems’ chlorinators work by disinfecting pool water onsite and inline, conveniently and automatically. Using a process known as electrolysis, water passes through electrolytic cells which convert the minerals and salts present in the water into Chlorine. The Chlorine is then distributed directly into the water keeping it clear and germ and bacteria free and ensuring there is no chance of running out of Chlorine. AISystems’ technology also eliminates the risk and expense of traditional Chlorine storage and dosing.

With AISystems’ technology already in place in over 55 countries world-wide including large aquatic centres, theme parks, municipal facilities and competition swimming pools, Gosse said that the Rio situation should be a “wake-up call” for FINA, the international federation recognised by the International Olympic Committee for administering international competition in aquatics.

Gosse continued “unbelievably there is no world-wide standard for pool water quality when it comes to competition swimming facilities.

“FINA simply defers to the standards of the governing health authority of wherever the competition pool is located.”

Gosse said that AISystems had several of its water disinfection systems installed at the Gold Coast Aquatic Centre (GCAC), the venue for the Gold Coast 2018 Commonwealth Games, but not in GCAC’s competition swimming pools.

She concluded “there is award-winning, innovative, Australian designed and manufactured technology available right here in our own back yard.

“The peace of mind that comes with an automatic, inline chlorinator is one thing but there’s also the added benefit of not having to transport, handle or store dangerous quantities of liquid Chlorine on site.

“Additionally there is no need to dump copious quantities of pool water, as is required with liquid or granular Chlorine systems, in order to keep the levels of total dissolved solids or total water hardness within guidelines.

“We will continue our industry education campaign about the benefits of inline water disinfection and hope by the time the next Olympics takes place that tried and tested technology such as ours is adopted so Rio’s green pool never happens again.”