Adventure World ready for a summer of thrills and spills 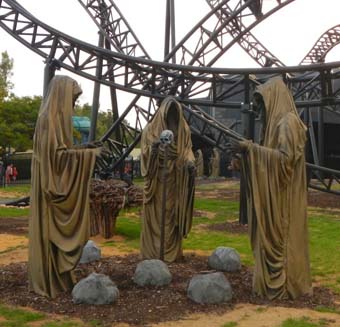 With a giant spider and a rampaging Minotaur added to its attractions, along with speedier speed slides, dinosaurs, dragons and new food and beverage offerings, an action-packed season has started at Adventure World, Western Australia’s favourite theme park.

At the heart of the theme park’s attractions is the Abyss whiteknuckle ride which has proved highly popular with thrill-seekers since it opened last year.

The $12 million roller coaster, acknowledged as Australia’s best, has already been the centrepiece of Adventure World’s popular Halloween Fright Nights – when the park was packed with thousands of people enjoyed hours of Halloween-themed fun that included DJs, roaming ghouls, pop-up performances, pyrotechnics, street food and the ‘Graveyard Bar’.

With the Halloween Fright Nights crowd up 30% from last year, Adventure World Chief Executive Mark Shaw, believes there are many reasons why this season promises to be the best yet.

New features for 2014/15 include a giant spider at The Black Widow (formerly Powersurge), while over at Rampage, riders are entertained by the huge menacing Minotaur.

The theme park is also set to debut a new fantasy-themed portal l leading to Dinosaur Island at the end of this month, backed up by animatronic dinosaurs. 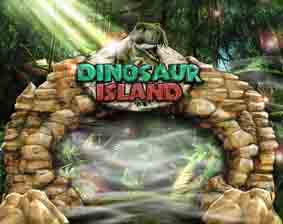 The new attractions are part of a series of changes at Adventure World that helped the attraction win Silver in the New Tourism Development category at the recent Western Australian Tourism Awards.

This week the theme park has also scooped the Training Initiative Award at the Australian Hotels Association (AHA) of WA Hotel and Hospitality Awards for Excellence.

Commenting on the new branding, Shaw states “our new look will better reflect the premium developments we have introduced at Adventure World and its journey from a waterpark, to a theme park that has water rides among its world-class attractions.”

Adventure World has also given its F&B offerings a revamp under the watchful eye of new Here, Shaw concludes “an awesome day out at Adventure World means we need to pay as much attention to the food experience as we do our rides, slides and shows.”

The 2013/14 season has also seen Adventure World introduce new poolside cabanas, kitted out with loungers, a table, secure storage, a fan and a fridge stocked with bottled water, available for  just $100 a day, plus a $50 bond.

Created in response to demand for resort-style decadence at the theme park, the cabanas have room for five friends and family, with food service conveniently nearby.

Entry ticket pricing has also been reviewed for the 2014/15 season, with day tickets for individuals and a range of family groups, discounts for seniors and concession card holders, and the ever-popular season pass membership that costs less than the price of three visits.

Season pass holders also have their own access gate from the car park during peak season. To help keep queues short, there are now more access points for group bookings and funsters with pre-purchased tickets.

For those who wish to jump the queues for the more popular rides, a limited number of ‘fast pass’ tickets are available each day for just $30.