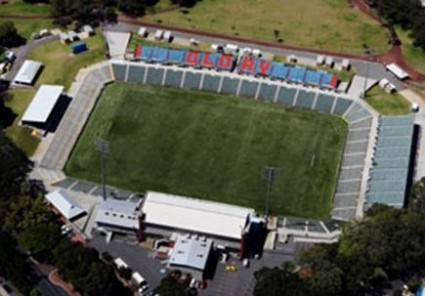 Plans have been unveiled for the capacity of Perth's Members Equity Stadium to increase from 18,000 to 25,000 seats.

The Town of Vincent has unveiled plans for a $75 million redevelopment of its ground that will include a three-tier grandstand on the eastern side of the ground.

The redevelopment, which would meet the needs of Super 14 rugby franchise the Western Force, would see the venue become Perth's only major rectangular arena. However the funding for the redevelopment requires the support of the WA State Government.

The planned redevelopment follows the Western Force having decided to make the 2009 Super 14 season its last at the Subiaco Oval, before moving to Members Equity Stadium for the 2010 season. However, the venue is currently too small for the expected crowds and does not have the corporate, media and support facilities necessary for Super 14 rugby.

Rugby WA officials are desperate to have Members Equity Stadium upgraded to secure the future of the Force in Perth, particularly with the Victorian Government forging ahead with a $275 million rectangular stadium in Melbourne and likely to pursue aggressively a Super 14 franchise. The Force would like building to start in 2011 or 2012.

The redevelopment is centred on a new 7,500-seat grandstand which can be configured to include up to 35 corporate boxes vital to the viability of a professional sports franchise.

The Western Australian Opposition is pushing the Federal Government to help fund a new $1.1 billion Subiaco stadium in a bid to stimulate the economy when a predicted economic downturn hits the State.