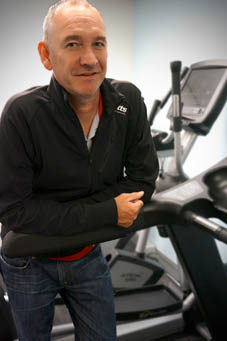 Leading fitness group, Jetts, is aiming to expand its Australian-developed 24/7 gym concept in Europe having launched into the United Kingdom market and opened its first company owned club in the Netherlands.

With a further three clubs on track to open in the next six months, this marks a significant milestone for the group just seven years after it launched its first club on the Gold Coast.

Joining the Jetts team with more than 20 years experience, Kenny McAndrew has been appointed to head up operations in the UK and join the existing European Jetts team based in Holland.

Jetts’ commitment to evolving its model to suit local conditions was marked by Jetts Executive Director Adrian McFedries relocating to be on the ground in the Netherlands, to start building a foundation for Europe.

Introducing Jetts’ international expansion, Group Chief Executive Martin Oliver (pictured above) stated “members have embraced the Jetts brand with open arms and we are excited to be providing even more members the freedom to workout on their own terms.

“Jetts has a proud history of being a game changer in the fitness industry with our no lock-in contract, 24/7 offer.

“Our complete focus is on creating the most customer-centric offer in the market, and we recognised Europe and the UK as a market where we can make waves.”

The expansion into Europe and launching their presence in the UK is the result of two years of research and planning, with the decision to first move into the Netherlands based on a number of factors.

Oliver adds “16% of the population in the Netherlands are members of a commercial gym compared to 13% in Australia, so the pool of potential customers is quite large.

“The Dutch industry is still dominated by older underinvested chains with a traditional fitness model of big clubs, lock-in contracts and limited opening hours, so we see a strong need for a very customer-centric offer.

“Our work in New Zealand has taught us what it takes to be successful in a new country, so we're applying a similar approach as we march into Europe.

“The product and value proposition has to be right, but the team on the ground is equally important.”

Oliver and McAndrew each possess a strong understanding of the UK market, having worked together during Oliver’s time as Managing Director of Cannons Health Clubs.

As Oliver adds “we are fortunate to have a great leader in Kenny and a dedicated European and UK team who are passionate about the brand and what we stand for.

“Coupled with a depth of understanding of the product and the market from the Australian Support team, this will be the key to our success internationally.” 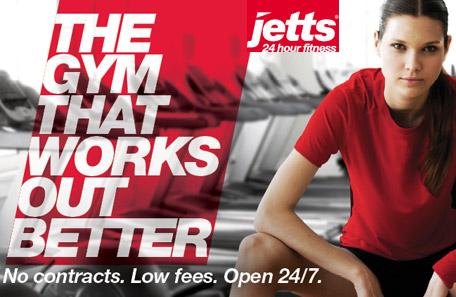 Jetts' success domestically is driven by the ongoing strong demand from customers for a gym that provides a high standard of customer service, and great value for money. Since opening their first club on the Gold Coast in 2007, the group has recorded incredible growth, opening 250 clubs across Australia, New Zealand, the Netherlands and now moving into the UK. The group currently has over 250,000 members.

The Australian-owned brand is planning further international expansion with an entry into Asia expected in mid to late 2015.

Olver concludes “Europe, the UK and Asia provides Jetts with long term growth options but we will take a 'one club, one country at a time' approach to international expansion.

“We know our business model works but we have no ambition to be racing around the globe expanding for the sake of growth.

“When we look back in 20 years’ time, we want to see that we inspired people to live a better life through our brand, and international expansion plays a big part in seeing that vision come to reality.”