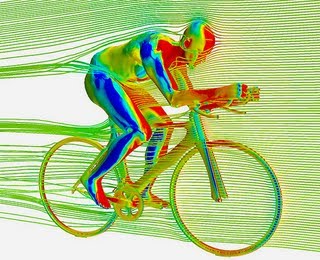 The Australian Institute of Sport’s Competitive Innovation Fund has allocated $1.6 million in funding for 11 different projects which encourage innovation and collaboration in high performance sport.

The funding includes $120,000 to the Australian Paralympic Committee for research on reducing the impact of long haul travel on sport performance; $40,000 to Boxing Australia for a national development program in combat sports and $197,518 to Surfing Australia to provide elite Australian surfers with the opportunity to practice aerial manoeuvres in a controlled environment by training on a purpose built skate ramp.

Announcing the funding following a visit to the Australian Institute of Sport (AIS) in Canberra, Federal Sports Minister Peter Dutton explained “(this) announcement of the recipients of the Competitive Innovation Fund reinforces the role of the AIS in leading and supporting cutting edge innovation in sport so that the next generation of Australia’s top athletes can reach their potential.

“Australian sport needs to be innovative in every possible way from high performance sport through to creating new opportunities to support more people participating.

“As we look to the future I have no doubt the projects which we support today will result in greater international sporting success.”

The Competitive Innovation Fund is part of the Australia’s Winning Edge game plan to encourage innovation in high performance sport including a greater prioritisation of investment in coaching, technology and individual sport specific projects with clear outcomes.

Projects were selected based on their potential to help achieve Australia’s Winning Edge targets (which include top five finishes at the summer Olympic and Paralympic Games), how innovative the project was and how well it could demonstrate a positive outcome for its chosen sport or sports.

Details of the projects for the 2014/15 Competitive Innovation Fund are:

Australian Paralympic Committee
Reducing the impact of long haul travel on sport performance - $120,000
Long haul air travel is a known risk for athletic performance. This project will bring together key sporting federations with QANTAS to deliver new customised seating options for use on long haul flights. The goal is arrival of athletes in Rio in a well-rested, healthy condition to support best performance.

This innovative approach to talent identification is based on the assumption that many athletes with potential to succeed in Olympic sports do not respond to traditional talent search recruitment campaigns or existing combat sport clubs.

Cycling Australia
Surveillance of Cyclists to Optimise the Performance Environment - $250,000
Over the past 30 years sport science technology and methodology used to support Australia’s primary Olympic Medal winning sports has increased dramatically in complexity.

In cycling, data collected from on-board cycling power metres is often combined with physiological data and video in order to more completely evaluate training and competition efforts.  However, the time involved with processing power data and combining this source of information with other types of information requires an extensive time and resource commitment.

Motor racing has also faced these problems and have produced some exciting solutions for managing complex data sets collected from race cars and drivers. The strategies employed have allowed engineers to identify worthwhile modifications that ultimately allow the car to achieve better performance.

Using the motorsport holistic surveillance acquisition methodology, Cycling Australia is proposing to develop an elegant and comprehensive data capture, analysis and reporting system for track cycling that could be beneficial for all Olympic cycling sports and ultimately also have application within other Olympic medal potential sports.

The system will be unparalleled in that it will be designed to be transportable allowing its use at training camps, competitions events, outdoor velodromes and BMX tracks. The system will give athletes, coaches and sports scientists the detailed information needed to achieve Winning Edge performance while home or away.

Gymnastics Australia
`Spin to Win’ - $150,000
‘Spin to Win’ is a collaborative talent transfer project led by Gymnastics with Diving and Aerial Skiing which aims to build a successful and sustainable national system of talent identification, development and transfer that will maximise podium performances at World Championships and Olympic Games in each sport in the future.

Netball Australia
Improve Performance and Prevent Injury - $40,000
The project will deliver a world leading, interactive educational resource for netball coaches to support their understanding of appropriate and relevant training techniques in both the prevention of anterior cruciate ligament injuries and the enhancement of performance in their athletes

OWIA
Women’s pipe and park performance - $100,000
Australians have been amazed by the acrobatics of Olympic and World Championship gold medallists Jacqui Cooper, Alisa Camplin and Lydia Lassila. Building on lessons learned from our Flying Kangaroos Aerial Skiing program, we will implement a talent transfer and development program in Women’s SkiHalfpipe and Slopestyle that will contribute to Winning Edge outcomes.

Rowing Australia
Information is power and speed; investing in big data insight for Olympic Sports - $175,000
In 2013, as a beneficiary of the AIS Competitive Innovation Fund (CIF), Rowing Australia (RA) was able to develop a pioneering 'Big-Data' initiative called 'AWE-Store'”. AWE-Store is a powerful software tool which delivers new levels of actionable insight to the Australian Rowing Team, whilst also streamlining and centralising its Sports Science data management operations.

For the first time, AWE-Store makes a single, coherent view of its performance data accessible to key staff via a powerful cloud web-portal. The end product enables coaches, athletes and scientists to make better decisions by turning data into information - allowing them to work collaboratively to achieve the common goal of increased boat speed.

RA recognises the impact of these achievements and seeks funding to allow continued development of AWE-Store. An immediate priority is to adapt and deploy the existing Stage 1 of the AWE-Store solution to Australian Canoeing (AC) and then collaborate with AC to build upon the success of the opening stage and evolve, extend and refine the software to a substantially upgraded Stage 2 version.

Sailing
Gold Medal Speed Technologies, Phase 2 (GMST2) - $250,000
The goals of GMST2 will be to build upon the significant innovations that have come to fruition via GMST 1 and to embed and expand these so that component technologies and IP may be maximised to improve both the speed and tactical prowess of the Australian Sailing Team in the highly nuanced conditions of Guanabara Bay, site of the 2016 Olympic and Paralympic Games’ regattas.

Surfing Australia
Skate to Create - $197,518
Next Level Surfing – Skate to Create will provide elite Australian surfers with the opportunity to practice aerial manoeuvres in a controlled environment by training on a purpose built skate ramp. The project will see coaches and athletes pushing performance boundaries and ultimately defining the future of the sport.

Swimming Australia
Starts and Turns - $175,000
One of the most significant weaknesses in Australian swimmers is in the ability to execute world class starts and turns. There is significant evidence based on race analysis data that Australian swimmers are losing medals as a result of poor skills and/or capacities.
In order to address this, an appropriate system of analysis, and a systematic plan for effecting change, needs to be developed and implemented. This is a multi-disciplinary approach involving biomechanics, strength and conditioning, and physiotherapy in the assessment of the skills and capacities required, as well as working with skill acquisition on developing and addressing the required technical changes. The proposed research and development in this project plan is the development of a starts and turns assessment process that can be delivered within each state of Australia.

For more information go to www.ausport.gov.au