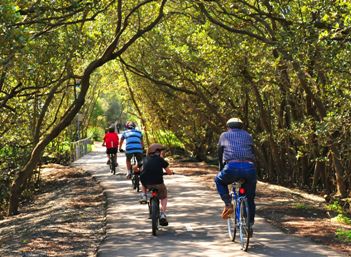 Visitors to public parks in Australia and New Zealand have a high level of satisfaction at their experiences according to latest Yardstick park management measures.

In New Zealand, 94 parks were surveyed in 2017. Visitors were asked about the importance of various parks features and their satisfaction with those features on a scale of one to five. The five most important features of New Zealand parks as defined by users are cleanliness, personal security, gardens and trees, grass maintenance and shade.

Playgrounds are the least important feature overall, although clearly the importance of playgrounds varies from park to park.

Overall, visitors to New Zealand parks rated satisfaction very similar to importance for most features, with very little gap in service level. The largest difference between importance and satisfaction was found in toilets, where the satisfaction rating was 0.7 lower (on a scale of one to five) than importance.

Satisfaction with playgrounds was on average half a point higher than importance.

For more information go to www.yardstickglobal.org