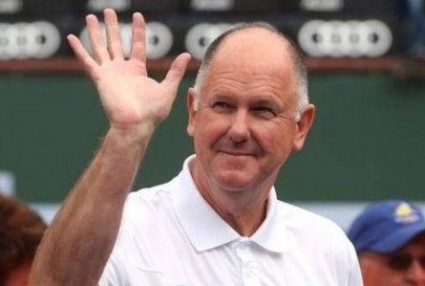 Women's Tennis Association (WTA) has announced the appointment of Steve Simon, the Tournament Director and Chief Operating Officer of the BNP Paribas Open Indian Wells Tennis Tournament, as the new Chief Executive of the women's tour.

A statement for the WTA’s Board of Directors explained “Steve Simon, with his successful career leading one of tennis' most prestigious tournaments, is the perfect person to run the WTA.

"Steve produced results, pursued excellence and he kept innovating, making the fan experience even better. He has a very clear vision for the sport and is held in high regard by all."

Simon has run the Indian Wells tournament since 2004, with the event, outside of the Grand Slams, becoming the largest two-week combined tournament and the most attended WTA and ATP World Tour tennis tournament in the world.

Commenting on his appointment, Simon stated "I am humbled and at the same time very excited about the opportunity that has been presented to me by the Board.

"I will be focused on building upon the successful platforms that have been put in place by my predecessors, Stacey Allaster and Larry Scott, with a sole focus on driving excellence and innovation, while creating a premium experience for the fans."

"His track record is marked by success. He is thoughtful, respectful and he has excellent business judgment."

Simon has already commenced in the new role, while winding down his duties at Indian Wells. It is anticipated he will be fulltime with the WTA effective 30th November 2015.

Simon is also a former collegiate tennis player and competed in 1981 in the Mixed Doubles at Wimbledon.