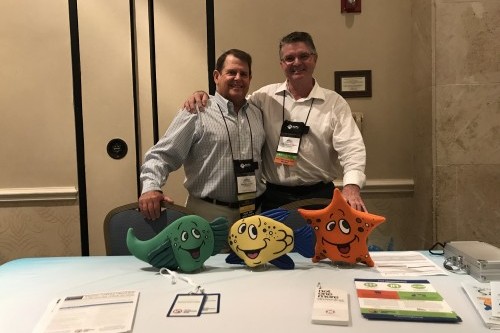 Anticipation over the presentations at the World Infant Aquatics Conference (WIAC), taking place on the Gold Coast this year during the International Swim Schools Spectacular (ISSS), is rising with the revelation that six of the 24 conference speakers have been are recipients of the Virginia Hunt Newman Award.

Virginia Hunt Newman, the ‘the mother of infant swimming, pioneered and focused worldwide attention on the non-forceful, non-traumatic method of teaching infants and preschool-age children to swim, earning great respect as an innovator in the field.

Those honoured wih the Virginia Hunt Newman Award have been recognised for their excellence in teaching infants and preschool-age children to swim.

The Award Winners addressing WIAC are:

Johnson will receive his Award in May, and as with the others, will become part of the International Swimming Hall of Fame’s annual Induction Ceremony in Fort Lauderdale, Florida.

Australian Swim Schools Association Chief Executive Ross Gage sees that the gathering of Award winners at WAIC is unprecedented in the swimming world, commenting “ASSA is over the moon at the response to their call out for world leading presenters.

“In addition to the top notch Australians, 22 speakers will be coming from overseas.”